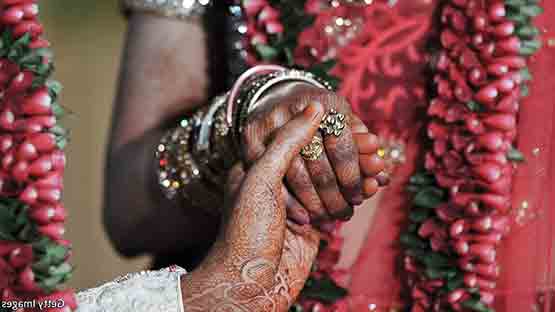 This only happens in India, Bride cancels wedding after groom unable to read Hindi newspaper

India: A bride broke up her wedding after the groom failed to read the Hindi newspaper without his glasses. The bride declined to marry the groom because he could not even read when she wanted him to read the newspaper in the Auraiya area of Uttar Pradesh.

The bride’s family not only ended the relationship, but also filed a lawsuit against the youngster and his family, as per reports. The bride’s father, Arjun Singh, arranged for his daughter Archana to marry Shivam, who resided in the Achalda town under the Banshi police station.

Because Shivam was literate, the girl’s father organised the wedding; however, on the wedding day, the bride’s family presented the groom with a motorcycle and some cash. While both families were savoring the celebration, the bride’s side noted that the groom was always wearing sunglasses, and the family got suspect that the groom had poor vision.

The bride declined to marry the groom after learning that he couldn’t see without eyeglasses, and she also requested that the groom read the newspaper to clear up her concern.

The groom’s father sided with his daughter and stated that the groom wore spectacles specifically for the purpose of fashion.

In the previous few months, numerous such occurrences have been documented. A woman had called off her wedding earlier because the groom couldn’t read the table of two.