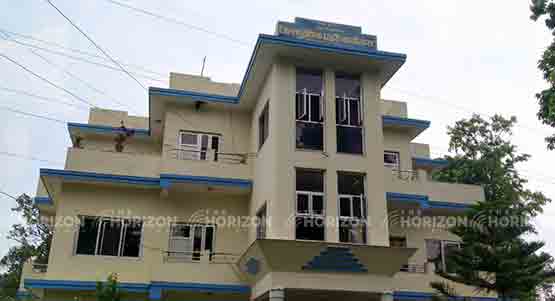 Kapilvastu: The District Traffic Police Office, Kapilvastu, has collected about Rs 20 million in revenue. In the last fiscal year 077/78, revenue was collected by operating 28,788 vehicles. Police said that the vehicles were operating in violation of traffic rules.

According to Traffic Police Inspector Dilip Chhetri, the District Traffic Police has collected revenue of Rs. 1,78,63,000. According to the Inspector General of Police, a total of 16,087 vehicles were impounded in the fiscal year 076/77, from which revenue of Rs. 88.60 million was collected. Compared to this, the number of 12 thousand 701 vehicles in operation has increased.

Affected by Lockdown Revenue had decreased in 076/77. Deputy Inspector General of Police Hari Bahadur G.C said that it is natural that the number of vehicles and revenue collection will increase in the fiscal year 077/78 B.S as the traffic congestion has been increasing since the lockdown. He said that all the vehicles have their own committees and policy rules and if the vehicles violate the rules, they will have to pay double fines.

Inspector G.C informed that the revenue has been collected by taking action against the vehicles violating the traffic rules by carrying more passengers than the seats, not renewing the documents, not using the helmet, overloading, and acting against the standards.

According to the police, last fiscal year Of 077/78 the 132 road accidents were seen, 74 people have died. Meanwhile, police said that 147 people were injured. Similarly, 3,850 public awareness training programs have been conducted. According to the District Traffic Police Office, Kapilvastu Gorusinge, 2,630 pamphlets have been distributed.