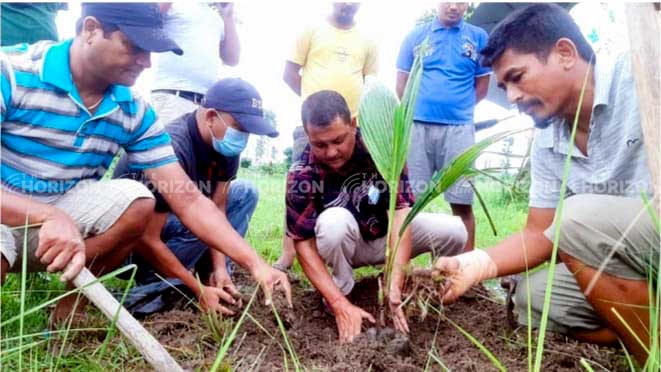 Chandrauta: A campaign has been launched to plant 4,000 trees on 4 hectares of land in the playground premises of Jay Buddha Social Youth Club. The campaign was launched on Saturday from ward-wise playground in Kafalbuta, Shivaraj Municipality-1 of the district.

While planting trees, Lumbini Province Assembly member Arjun Kumar K.C said that tree planting would not only beautify the playground but also have a positive impact on the environment. He stressed the need to play a positive role in reviving the planted plants from the social level. Stating that planting seedlings is not a big task, K.C said that protection is also important.

The Manakamana Community Forest and Jay Buddha Social have been approved by the Community Forest Management Committee in Chaitra 1, 2075 B.S. Chairman Pun informed that the playground was constructed with the investment of the youth club.

The Jay Buddha Social Youth Club has been actively participating in sports activities and has been making significant contributions in social change in every social activity including economic, cultural and religious activities.