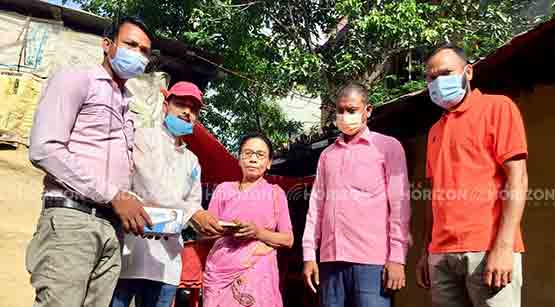 Kapilvastu, Nepal: The family of journalist late Hikmat Chaudhary has been provided cash and health items through Tharu Journalist Association.

With the aim of helping the family to some extent, he reached home of late Chaudhary. According to Dahit, central chairperson of the Tharu Journalists’ Association of Nepal, Uday Devi Kahar Chaudhary, wife of the journalist, was provided NRs 20,000 in cash and some health items from the Emergency Assistance Fund of the association.

According to family sources, Chaudhary has two sons, four daughters and a wife. The Tharu Journalists’ Association also expressed its grief over the loss of its Tharu journalist family and thanked all the supportive minds who have contributed to the Emergency Assistance Fund of the Tharu Journalists at this grief time.