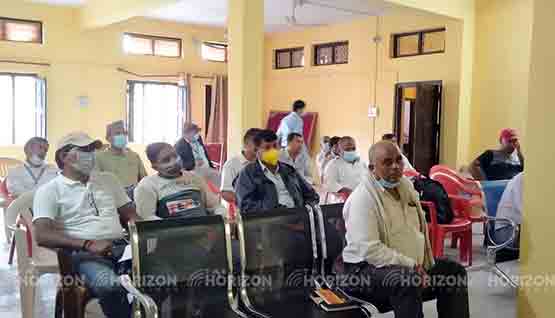 What new laws are scripted for industrialists in Nepal, The Horizon Times, News of Nepal

Chandrauta: A one-day interaction program on Labor and Employment Act and audit with industries have been completed in Kapilvastu. According to the organizers, a one-day interaction program on the need and importance of the existing legal provisions related to the Labor Act and Audit was organized by the Butwal Labor and Employment Office in coordination with the Chandrauta Chamber of Commerce and Industry at Shivaraj-5, Chandrauita on Saturday.

Damodar Gyawali, Butwal branch officer of the Labor and Employment Office, said that a fine of Rs 200,000 has been imposed on both the industrialists for supplying and employing them without a license. He said that it has been decided to fine those employed without employment agreement at the rate of Rs 10,000 per worker and order them to make the agreement and appoint them.

Ishwori Pandey, senior vice-president of Chandrauta Chamber of Commerce and Industry, Kapilvastu, urged the industry to conduct such programs in the coming days as it was very effective and it was easy for the industries to understand the legal provisions and issues related to the industry.

Stating that there have been difficulties in running the industry due to a lack of knowledge of the legal process related to the Labor and Audit Act, he said that now the interaction will make it easier. Expressing commitment to run the industries keeping in view the legal provisions, Vice President Pandey said that the government should also pay attention to the social security of the workers and managers.