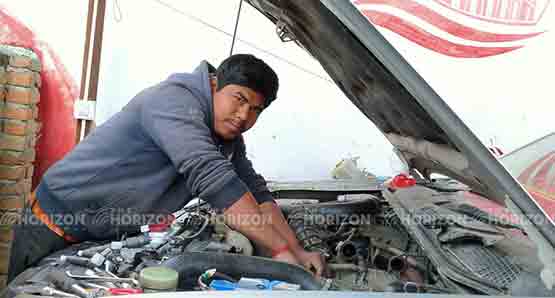 Which skill turned Sanjay’s life around? Should learn a lesson from him, The Horizon Times, News of Nepal

Nepal: Man has had many experiences from birth to death. Experience guides someone to the path of life. Good guidance is indispensable for every human life. Anyone with a different stream of thought has experienced it, but the difference is so much for some that it is too much for some. Which makes a difference in the lifestyle of the human race and helps to make the environment beneficial or inspiring.

Humans are one of the most living beings. Who is just as eager to experience something new in human life. He has been busy with his daily activities since he woke up in the morning. Due to the lack of work, one is not in a position to know even the nearest neighbor. It is natural for a person or a society to change according to the circumstances of the time. It is considered to be the best profession for human beings to run their daily life.

Most of the young people are planning to go to the Gulf countries saying that there is no employment in Nepal. But no one thinks that it can be done in Nepal. Rarely are young people found sweating in their own soil. This is the example of those who have been successful in running their own business by overcoming the pains inflicted by others, even in foreign lands, for a long time. Sanjay Tharu, 29, of Kapilvastu took a loan of Rs 2.5 million from Sangrila Development Bank a few years ago to run his own business. In June 2076, he operated a shop in the name of Pratiksha Auto Garage in Kharendrapur, Ward No. 3 of Shivraj Municipality of the district.

He hails from Buddhabhumi Municipality-4, Gelwar and went to India for 4 years to learn how to make a car in a garage. From there, he returned home with some bittersweet experience and some expenses. After staying at home for a while, Tharu started making cars in the garage again in Butwal. He had been working at Kapilvastu Auto Lines in Butwal for about five years.

In the meanwhile, he was being harassed by the house behavior. Sanjay got married to Pinki Tharu, a resident of Changhat, a neighboring village, in 2070 BS with the consent of his parents. Immediately after her marriage, he worked for about three years at the Uttam Auto Workshop at Jitpur No. 4. In 2073 BS, he was living in Bankatti of Chandrauta and now he has been working in Village for about one and half years. He could not have imagined that working in such a place would not lead to a very difficult life.

Giving the experience of working under others day and night, Tharu says that he is happy to be the owner of his own garage. He currently only makes cars out of four-wheelers. At present, Sanjay has seven workers in his garage. They get a certain amount of money by serving the citizens who have a high load of food that does not even need to be washed in an expensive car. Maybe if he hadn’t been diligent for thirteen and a half years, he wouldn’t be here. It shows that others also need to learn a lesson. Success is assured if you continue the activities that you like from the inner soul.

Tharu says: “I learned the skill with a lot of pain. Now I have seven workers. The experience of working for others and being my own boss is different. Now I am thinking of gradually increasing it.” He has 11 families at home including his two children. He said that there is a plan to provide employment to the local youth in a systematic manner, adding that the monthly income is around Rs. 3.5 lakhs. Stating that his family has been helping him a lot for his profession, Tharu said that the profession and income have made it easier for him to carry out daily activities including his family and he is satisfied.