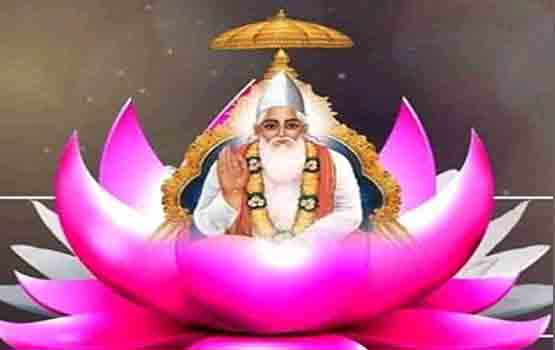 Why are Kabir Sahib’s couplets are always so heartfelt?

Kathmandu, Nepal: In Vikram Samvat 1455 (year 1398) in Kashi (Varanasi, Uttar Pradesh), Kabir Sahib ji emerged on a lotus bloom in Lahartara pond. Kabir Saheb Ji is a well-known poet and saint in the vision of others, but he is actually the Supreme Lord, who manifests in all four Yugas (Satyug, Treta, Dwapar and Kalyug).

He is adored by people of all faiths. His dohe (Douplets) or shlokas are now taught in universities. Every year, His devotees commemorate Kabir Prakat Diwas with great zeal. His purpose is to teach people about the existence of only one God who is Kabir Sahib himself.

In order to eradicate the sins from society, Kabir Saheb Ji underlined various points. The following are a few of them: –

He raised awareness of the physical truth that God exists in the form of a human being. He emphasized Equality and did a lot to make Hindus and Muslims know that they really are equal.

He forbade idol worship since it rejected the Word of god. He also demonstrated that clerics deceive people in the name of God.

He explained the importance of Guru (Saint/Master) in eradicating 84 lakh life forms.

Kabir Saheb Ji said various couplets in order to convince Hindus and Muslims that he is the Almighty Lord. Furthermore, there is no distinction between Hindus and Muslims. He made it obvious with proof in His Verses that no one may obtain salvation (Moksha) by engaging in false and man-made traditional activities.