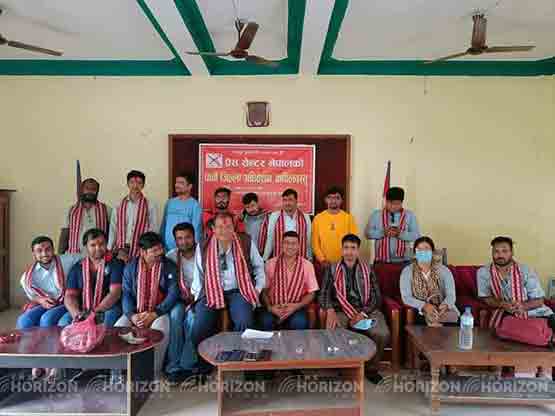 Belbase selected under the leadership of Press Center Nepal Kapilvastu, The Horizon Times, News of Nepal

Kapilvastu: The 5th convention of Press Center Nepal Kapilvastu has been concluded. A 21-member working committee has been formed under the chairmanship of Arjun Belbase from the convention held in Taulihawa on Saturday.

Chinta Pariyar, Rajesh Chaudhary, Manish Gupta, and Jumna Teli have been elected as representatives of the association from the convention. The convention also elected 10 journalists including Swetha Giri, Shailendra Shrestha, and Deepak Bhandari as state representatives. Press Center Lumbini Provincial Committee Coordinator and chief guest of the program Man Singh BK also wished the elected office bearers to work in the interest of the party and the organization.