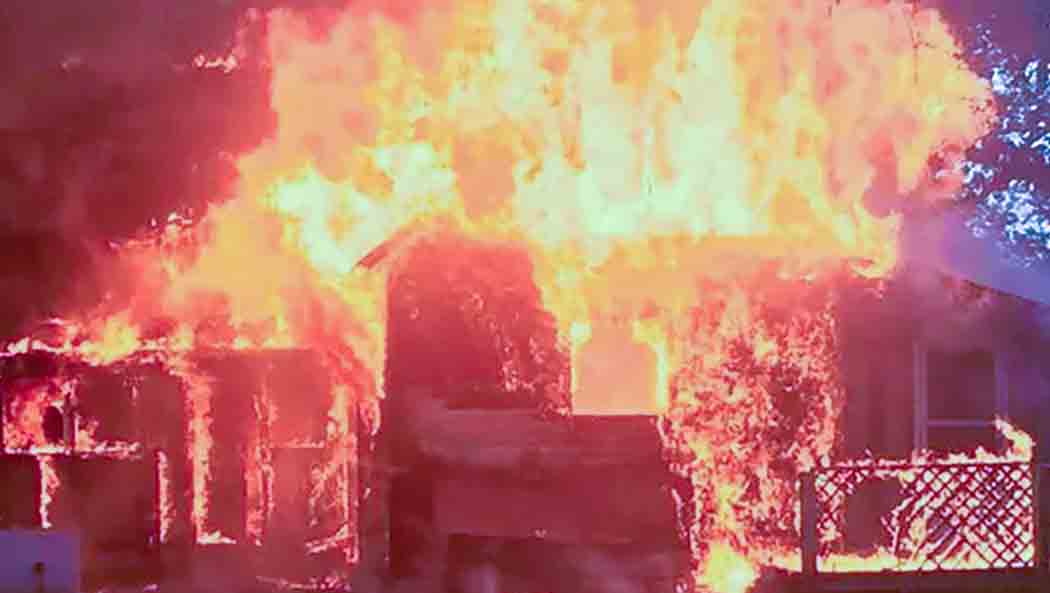 Siraha, Nepal: On Sunday, there was a crowd of service seekers at the District Land Revenue Office in Lahan, Siraha, Nepal.

Employees were working in the crowd, service recipients were moving around in different fields. A loud noise came from the second floor of the office at around 1:15 pm.

“Initially, thought was different but later confirmed with terrible bomb explosion. The area where the explosion took place is covered in blood.

There was no flesh in the thigh of Dinesh Bhandari who was hit by the bomb. Police and an ambulance arrived at the scene shortly after the blast.

8 people, including employees and service recipients, have been injured in the blast. Bhandari, who is in critical condition, has been airlifted to Kathmandu for further treatment.

The blast damaged documents and chairs in the area.

The Janatantrik Tarai Mukti Morcha has claimed responsibility for the bomb blast.

Central Chairman of the Morcha Jayakrishna Goit said that corruption has been increasing day by day. There are several corrupt people on the several government offices.

The group has also warned to take higher level action if corruption continues in the office.

Meanwhile, DIG of Province No. 2 Dhiraj Pratap Singh said that a team of Nepal Police and Nepal Army has been deployed to investigate the incident.

According to Siraha District Police Office Superintendent of Police Sudip Rajbhandari said, security has been tightened in Siraha after the bomb blast.

Large number of police in Lahan Bazaar has been deployed.

Lord Shiv has birth and death, worshiping him is worthless