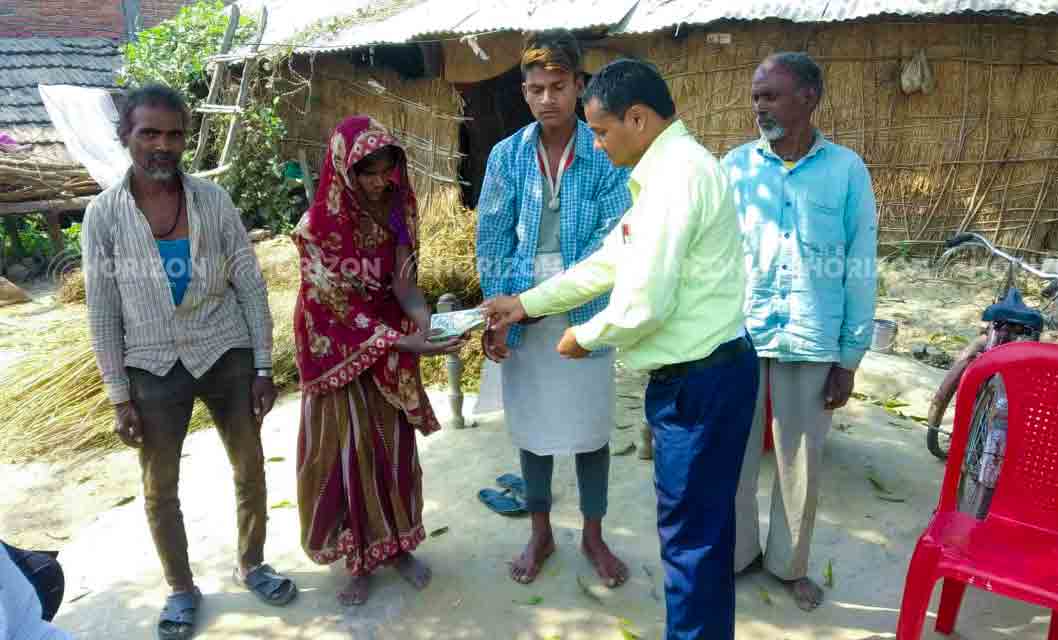 Chandrauta, Nepal: There are cases of people’s representatives being elected in the community by committing themselves to the common man. Promises made with citizens are forgotten after being elected.

However, Mankari Ward Chairman Teklal Sapkota of Shivaraj Municipality Ward 3 of Kapilvastu has been applying ointment on the wounds of the people.

He has been helping in the common people by cutting the services provided by the government.

The Raidas families, who make a living by earning daily wages, are now in trouble as they do not even have the money to perform rituals. The ward chairperson Sapkota had provided relief to the families of the victims who became helpless due to the death of the husband.

The ward chairperson reached the victim’s house on Friday and provided cash assistance of NRs 10,100 to the needy family. The very poor families who have been making a living by earning wages are in dire straits as there are no earners.

Mohan Raidas said that he was happy after the ward chairperson helped the Raidas family who has been making a living by driving rickshaws. Ward Chairperson Sapkota said that the assistance was provided to the victim’s family for relief.

He said that he personally helped the victim’s family. He informed that ward chairperson Sapkota has been providing financial assistance and other assistance to the troubled towns and citizens of the ward.

Two Cousins Commit Suicide Because They Love the Same Girl