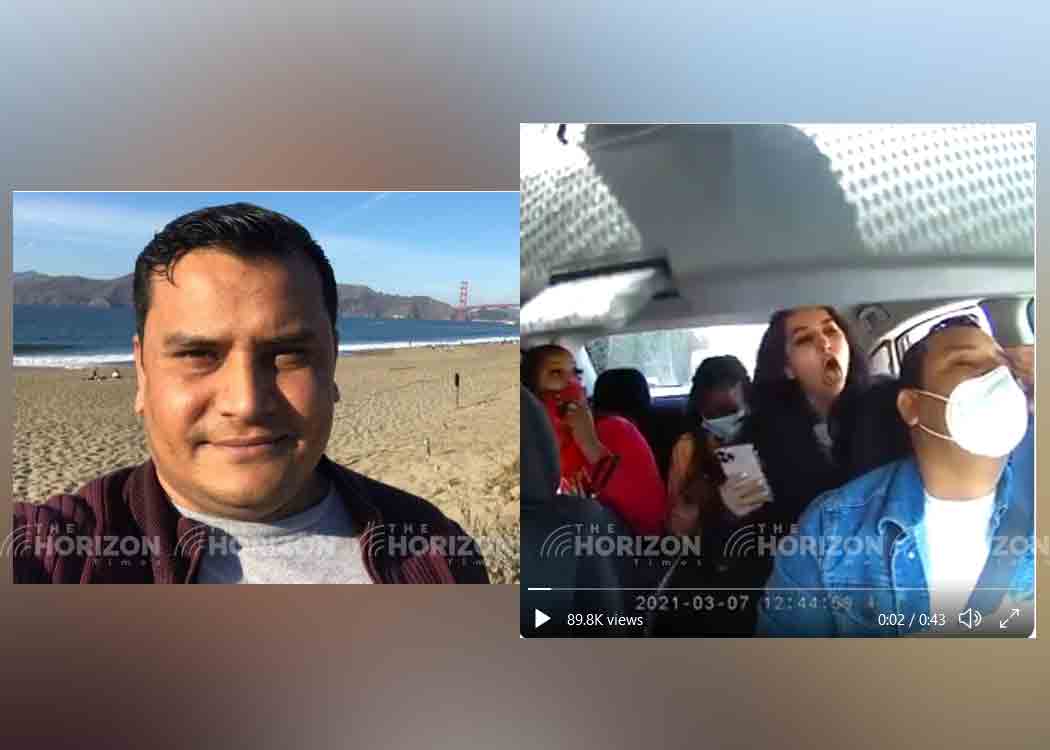 Nepali Uber driver humiliated and assaulted by passengers in USA

GoFundMe.org has started raising funds for him. Khadka is still in fear of stress and is unable to return to work. A campaign was launched to raise 20,000 US dollars for him. As of Wednesday morning, more than 30,000 USD had been raised.

Khadka from Lalitpur, Nepal had gone to the U.S eight years ago. He was abused and humiliated last Sunday in the city of San Francisco.

One of the three women in his car was not wearing a mask.

The female passenger, however, refused to wear the mask and attacked to Khadka. She had snatched Khadka’s phone and removed his mask. The video also shows the woman coughing on her face from time to time.

Khadka told her to wear a mask. He stopped at a gas station to buy a mask.

According to Uber’s criteria, every passenger must wear a mask. That’s why Khadka insisted on wearing a mask.

Uber later paid Khadka USD 120 to clean the car. Uber and another ride-sharing company, Lift, have banned those passengers from using their company’s services for lifetime.

A few days ago, a 91-year-old man of Asian descent was also abused in San Francisco.

Abuses against Asians and other immigrants have been on the rise in the United States recently.

The incident is now being discussed all over the world saying that Khadka from Nepal was beaten because of his Asian origin.

‘If I were someone else, they wouldn’t treat me like that. I opened my mouth to talk to them. “They thought I could be intimidated by immigrants,” Khadka told an American media outlet. “You’re an animal that treats other people like that.”

San Francisco police say they are investigating the shooting.

The state of emergency declared in Tokyo again