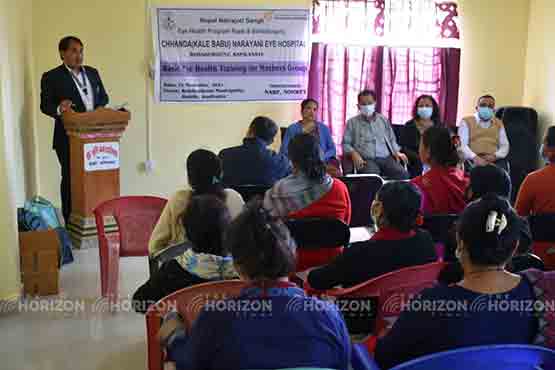 Addressing the training, Buddhabhumi Municipality Chief Keshab Kumar Shrestha said that the cooperation with the eye hospital on the issue of reducing blindness would be further intensified in the coming days. He urged the participants of the mother group to put into practice the skills they have learned.

Similarly, Deputy Chief Mira Tharu wished success to the training and expressed her commitment to continuing the support of local bodies in reducing blindness. Meanwhile, Chief Administrative Officer of the municipality Anil Poudel said that the cooperation between the eye hospital and the municipality would be continued in the municipality.

The training was conducted under the chairmanship of Dr. Sulakshmi Katuwal, Chief Medical Director, Eye Health Program, Rapti, and Bahadurganj. According to the hospital administration, Upendra Chand has imparted training to 18 participants from different wards of Buddhabhumi Municipality.