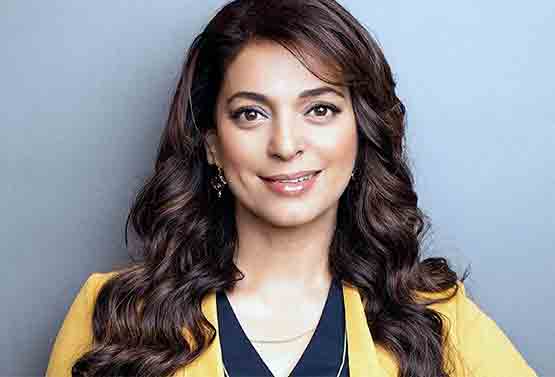 In India, actress Juhi Chawla has filed a lawsuit against 5G technology as it is hazardous to health

Ahmedabad, India: Juhi Chawla, a Bollywood actress, has filed a lawsuit in India opposing the adoption of 5G technology. If 5G technology is implemented, individuals and humans would be exposed to radiofrequency radiation (RF) at a rate that is 10 to 100 times higher than it is now, according to the actress.

“We are not opposed to the deployment of technology advances,” Juhi Chawla said in a statement. We, on the other hand, prefer using the most cutting-edge things that the digital world has to offer, including wireless communications.

However, when using the latter type of device, we are constantly in a quandary, because we have enough reason to assume that the RF radiation from wirefree gadgets and networks cell towers is exceedingly damaging and destructive to people’s health and safety, based on our own research and investigations.

“The accrued clinical evidence of sick and injured humans, combined with experimental data of DNA, cell, and organ system damage in a wide variety of along with plants and animals, further combined with epidemiological evidence major diseases like cancer, heart disease, and diabetes.

All caused in part by electromagnetic pollution comes from a literature assessment of over 10,000 (ten thousand) peer-reviewed research according to the statement.

The 5G network, according to Juhi Chawla, will have “severe, irreversible repercussions on humanity” as well as “permanent devastation to all of the Earth’s ecosystems.” The actress claimed that the race to build 5G technology has “somewhat diverted our nation from taking into account some frightening concerns to the health of present and future generations.”

Conspiracy stories surrounding 5G technology have exploded in popularity recently, especially in the wake of the Covid-19 outbreak. Despite multiple professional clarifications that the 5G network has nothing to do with the ailment, a large number of conspiracy nuts have blamed it.