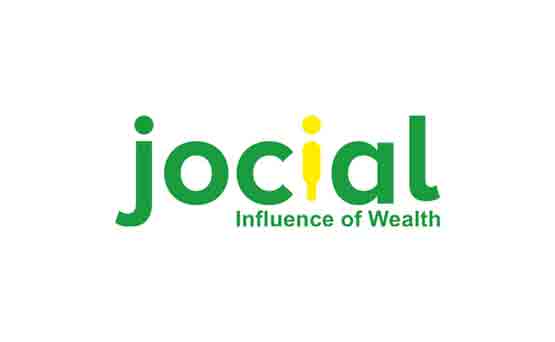 Myth of Jocial Influencing Marketing and is it really legit in Nepal?

Kathamndu: ‘Jocial‘ has been very popular on social media for now. Many are using it as a way to earn in dollars with a referral link.

It is being marketed saying that you can earn 10 to 15 dollars by sharing two to three posts on your social network in a week.

As per the sources of The Horizon Times, Jocial is being talked about saying that one can share two ads a week and get 10$/15$ in the week with the account activation of 60$ or 240$ as per the subscription plan.

Before understanding all this, it is important to understand what is Jocial?

Jocial identifies itself as ‘influence marketing. Initially, a ‘referral link’ is required to login. But if there is no such link, you will not be able to login.

Even if you log in using a friend’s referral link, you should start with a subscription plan to earn money. You have to pay for that. The price varies according to the package.

First package is of 60$ around NRs. 7163.91 but as per the sources around Nrs. 8100 is required for activation. It increases due to currency conversion with crypto and dollars. After account activation users are only eligible to work in Jocial and earn handsome revenue.

Users will receive an additional 6$ if they link to another person via their referral link. Similarly, the commission plan is amazing as the users are already satisfied with the Jocial.

Influence marketing is more like a networking business like MLM. These offers are just the tip of the iceberg.

We have tried to understand this with some users. Some even said they are earning. Many said the money was pending and there was no certainty whether it would come or not.

The question of whether the pending money will come or not is in its place. But what is the source of the money coming? People who have come in contact with us, who have linked themselves to Jocial, said that they have brought it from a person above them.

This is the biggest secret but let keep it is a side as users are satisfied with brand features of Jocial.

This means that the bank is not connected anywhere in the middle of Jocial‘s system. Nor do they have access to the main agent.

As per the sources “Jocial has its own bank,”.  Not only that, Jocial‘s community has been formed in Nepal. The money you earn can be shared in the community.

The earned money is received via wallet to wallet. And you can also receive directly to your bank through Bitcoin, Perfect Money, and Payeer. All these are branded payment gateway worldwide.

Krishna Prasad Koirala, spokesperson of the Nepal Police Crime Branch says, ‘There have been no complaints of fraud in this regard so far. However, information on this subject has been received from many. We are in the process of understanding on that basis. ‘

He said it was a different matter whether the user are cheated or not, but legally it was illegal. “It’s part of the networking business. The Government of Nepal has outlawed networking.

Jocial is legal or Illegal?

Some active journalists and groups have been spreading negative, malicious, and misleading propaganda about Jocial‘s subject. However, there is no truth or reality in their expressions. As far as we know, every person in Nepal can get up to $500 which is currently available from commercial banks and can be used to pay for any kind of service on the annual international digital platform.

If you are connected to Jocial under that right, we have the right to pay a subscription charge of only $60 and $240. Therefore, we would like to inform you that users are connected to this platform within the limits of dollar payments provided by the Government of Nepal.

If banks provide rights to send and receive or shop in dollars then it’s crystal clear that users can use it as per their wish whatever platform they want.

Some say it’s networking but as per the sources, it’s a hybrid platform of Affiliate marketing and Network Marketing. Jocial users are satisfied till now.

Though further investigation is on the process as per the Nepal Government and Banking circles.

The users are still in safe zone and they are earning as per the sources.