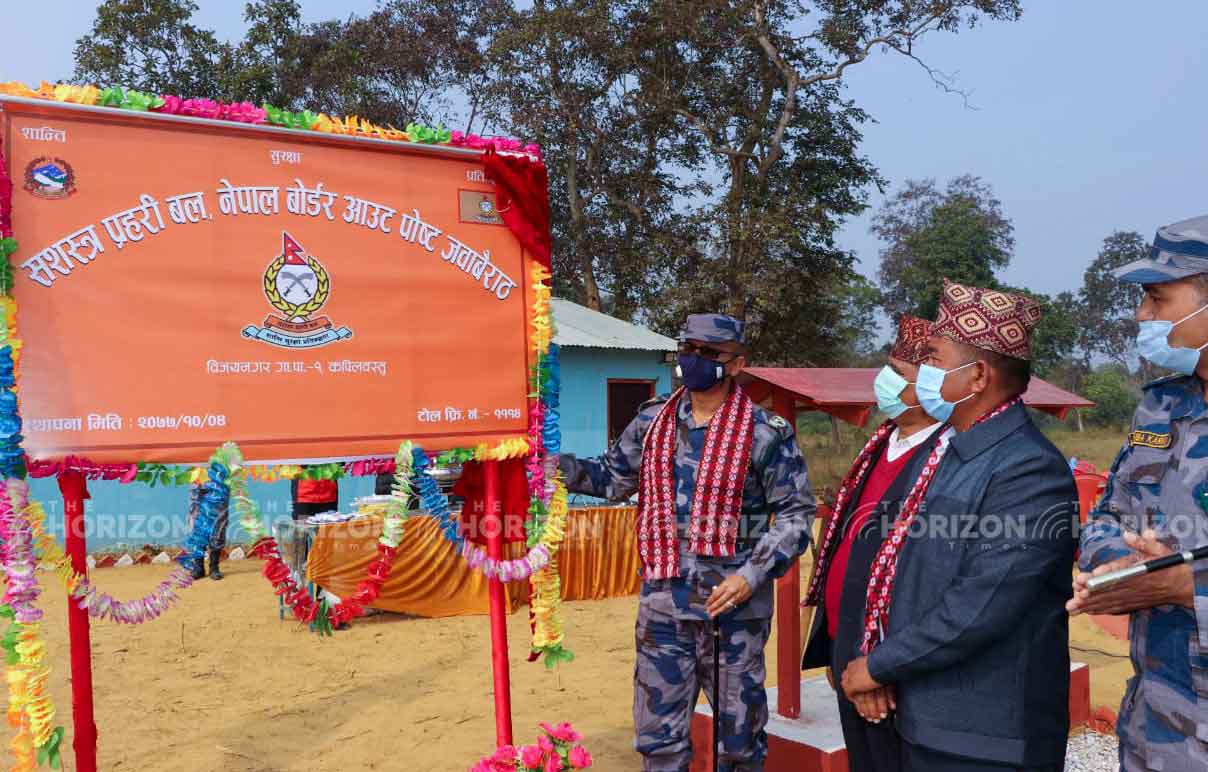 Set up of BOP at Jawabairath on Nepal-India border

Kapilvastu, Nepal: A Border Out Post (BOP) has been set up at Bijayanagar Rural Municipality-1 of Kapilvastu on Nepal-India border at Jawabairath.

The second BOP was set up on Sunday in a rural municipality is known as the western most remote area of ​​the district and bordering India.

He said that after the establishment of BOP, the people here will now feel a secure and safe environment.

DIG Pradhan also expressed confidence that the Armed Police Force would fulfill its duty and responsibilities in this field and provide important opportunities to the common people to live, walk, wear and conduct business in a safe environment. He said that the incidents of crime would be easily reduced if the locals join hands with the Armed Police Force.”

He has shown confident to the locals to run a business without fear.

Similarly, District Chief Dirg Nanarayan Poudel said that Kapilvastu district is attached about 93 km from the Indian border, adding that BOP Jawabairath has set up a BOP to look after the area within 13 km.

Chief Poudel also said that it would be a great achievement to control criminal incidents at the border like theft, export, import and other illegal activities.

The Rural Municipality chairman Gopal Bahadur Thapa said that ward No. 1 is very remote area of ​​the region. Stating that there will be a decrease in illegal activities in the area now, Chairman Thapa informed that security will be guaranteed to the locals including Jawabairath.