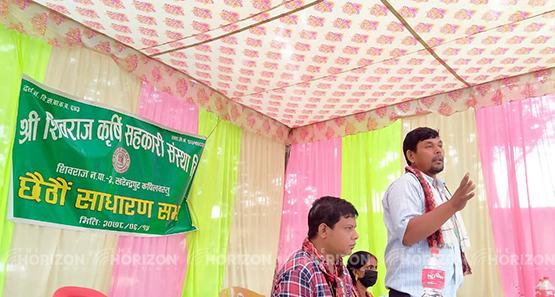 He said that the city was preparing to hand over the responsibility of vegetable collection to the cooperative. He informed that the ward has various programs in the field of agriculture every year and will continue to do so in the coming days. Sapkata insisted that this was no longer possible as some were engaged in agriculture only for subsidy.

Chief of Agriculture Branch of Shivraj Municipality Tara Chandra Chaudhary said that the local level would provide subsidy on the basis of production. This year, the branch will provide grants in coordination with various agricultural cooperatives, said Chief Chaudhary.

Chairman of the cooperative Ker Singh Adai presented the annual progress report at a program held at the Swargadwari temple premises in Shivaraj Municipality-3. It is mentioned in the report of the organization that the amount is equal to 71 lakh 51 thousand 994 in 2077-78.