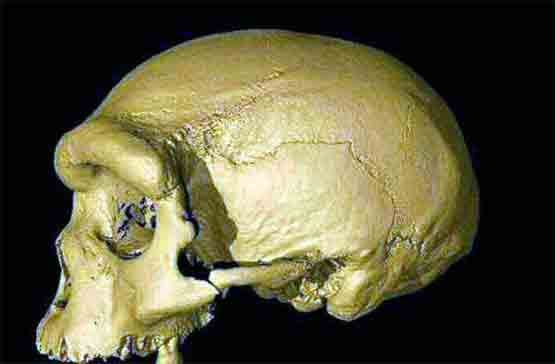 What is the secret of the Dragon Skull hidden by Chinese for 85 years?

China: In 1933, Heilongjiang Province in northeastern China was colonized by the Japanese. Chinese workers were assigned to build a bridge over the Songhua River in the town of Harbin.

A Chinese man working on a bridge found a human body on the ground. He thought that there was something important hidden in this skull.

He brought it home. Wrapped and buried in a nearby well. He did not tell anyone about it for years.

In 2018, when those workers reached the last phase of their lives. Before he died, he told his children about the place where he had hidden the skull.

His children found the skull while digging and gave it to scientists for research.

British and Chinese scientists who studied the skull have now suggested that the skull may be the closest species to humans.

According to a research article published in The Innovation Magazine last Friday, the skull is 9 inches long and six inches wide.

Scientists have named the skull found in Harbin Homo Longi. In Chinese, longi means dragon, so it is also called dragon man.

If the claims made by scientists now are accepted by all, the ‘narrative’ of who the ancestors of human beings are and where they come from will be different.