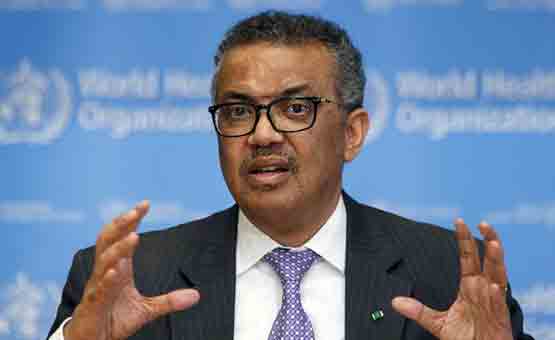 World Health Organization Director–General Tedros Adhanom Ghebreyesus has cautioned that the globe is in a “hazardous phase” due to the Covid-19 epidemic, which is being exacerbated by more contagious versions like Delta, which is continuing to spread and mutate.

He claimed that in places with low vaccination rates, the horrific sight of overcrowded hospitals is once again becoming the norm. “We are at a very hazardous era of this epidemic, worsened by highly transmissible variants, like Delta, which is swiftly becoming the causative agent in many countries,” Ghebreyesus spoke at a press conference on Friday.

“However, no country has made it out of the woods yet. The Delta variety is hazardous and continues to evolve and mutate, necessitating continual monitoring and fine-tuning of public health responses “he stated.

He said there are basically two approaches for governments to battle back against new spikes, noting that the Delta variation has been found in at least 98 countries and is spreading swiftly in both low and high vaccine coverage nations.

Ghebreyesus emphasized that the globe must share safety equipment, oxygen, diagnostics, medicines, and vaccinations equally and that he has encouraged global leaders to work together to make sure that 70% of all people in every country are immunized by this time next year.