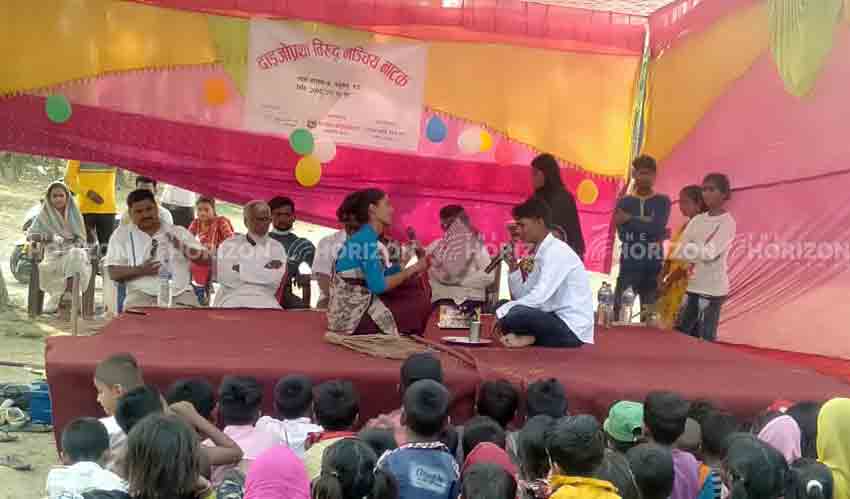 NawalParasi, Nepal: A stage play program against dowry has been completed in Sarawal rural municipality of West Nawalparasi, Nepal.

Speaking on the occasion, Chief Guest Sahani said that dowry is a heinous crime. However, the practice of dowry transactions is widespread in our society. Parents have to work very hard to get their daughters married. But the same boy’s side aggravates the problem by taking dowry.

And that creates a situation where the bride has to get married with a loan. She said that it was necessary to hold such programs to solve such problems and end the growing practice of taking dowry in society.

And she also said she would raise her voice against the dowry system.

He said that it was necessary to raise public awareness in the community to end this practice.

He also said that in order to put an end to the practice of taking dowry, it is necessary for all of us to raise awareness in our own home, in the neighborhood, and in the community.

He also thanked the sponsor of the dialogue center, saying that he would always be there to solve the problem.