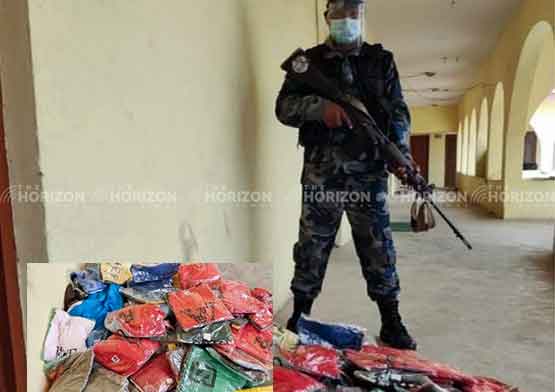 Kapilvastu, Nepal: More than the amount of one lakh illegal goods being brought to Nepal from India through customs has been taken under control.

A patrol team deployed under the command of Armed Police Inspector Prakash Acharya recovered a large number of clothes from Border out Post Krishnanagar on Wednesday.

According to Inspector Acharya, 199 pieces of gent’s T-shirts worth NRs. one lakh and seven thousand according to Border Out Post Krishnanagar. Illegal t-shirts were recovered and sent to Krishnanagar customs.

Armed Police Inspector Acharya said that they have been always ready to control illegal activities and are constantly discussing the issue with the general public and other stakeholders.