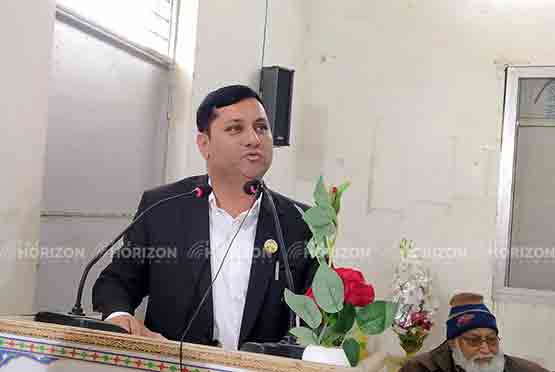 Nepal: Minister for Education, Science, Youth and Sports of Lumbini Province Vasiuddin Khan has said that they are giving priority to the concerned matter.

Stating that education should be brought into the mainstream for social change in the program organized during the monitoring of Jamia Sirajulwalum Alsalfiya Madrasa in Krishnanagar, he said that equality was necessary for the all-round development of the country. Minister Khan said that there will be no change unless there is economic, educational, and political equality.

“We need to take this issue seriously and take the necessary steps,” Khan said. He said that the Chief Minister of the state, Kul Prasad KC, has instructed to give priority to Madrasa education and also to pay attention to the necessary facilities including physical and educational facilities. Stating that the Muslim community lags behind other communities in the field of education, he said that the teachers and leaders of the madrassas need to take initiative to bring the madrassas into the mainstream of education.

Similarly, the President of the National Madrasa Association of Nepal. Addressing the program, Abdul Gani Al Kufi said that the government has been emphasizing the need to give degree recognition to the teachers of madrasas to make the education of the Muslim community achievable. Stating that education should be technical and employment-oriented education, Dr. Al-Kufi said.

Meanwhile, Maulana Mashhud Khan Nepali, General Secretary of the National Madrasa Association of Nepal, lauded the state for playing an important role in allocating budget to the madrasas in physical and educational terms. He said that the state government has now taken commendable steps for madrasa education.