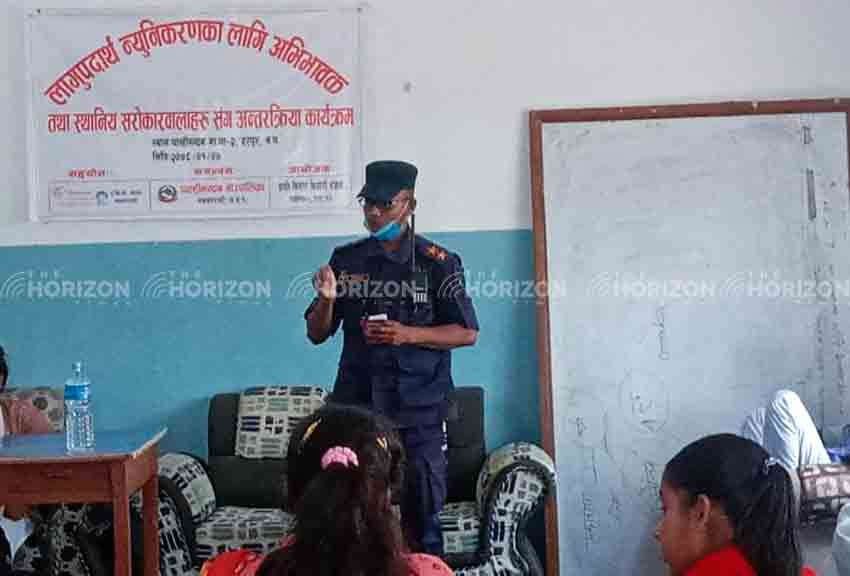 NawalParasi, Nepal: An interaction program has been held with parents and local stakeholders for drug control in Palhinandan Rural Municipality Ward No. 2 Harpur of West Nawalparasi, Nepal.

The interaction program was attended by the adolescents, parents, and local stakeholders.

Speaking on the occasion, Chief Guest Singh said, “We need to understand the personalization of a rural area and take action against those who are consuming and allowing drugs to grow in the community.”

He stressed the need to put a stop to the sale and distribution of various distilleries and liquor shops in the community.

We have to create awareness among the people through public awareness programs. And in particular, we all need to warn our children not to take drugs.