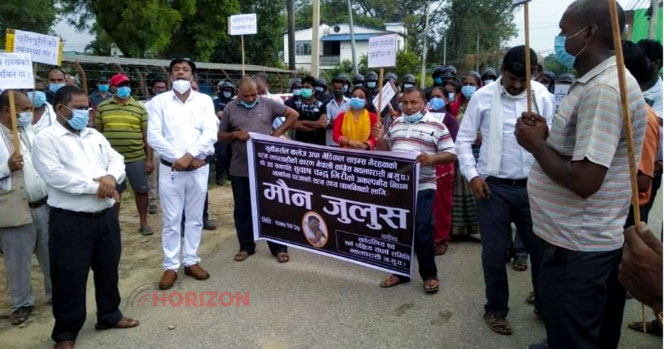 Investigation into the death of Vice president

Political parties in the district have staged a protest in front of the District Administration demanding an investigation into the death of Nepali Congress vice-president Subash Chandra Giri of West Nawalparasi. They protested Silent procession for two hours saying that his death was not due to Covid-19  but due to the negligence of the hospital.

Mr. Giri did not undergo PCR test before the operation and delayed admission to the hospital again. This means that Mr. Giri died due to the negligence of the hospital. After the operation on August 7, he had health problems and respiratory problems.

He was rushed to Patan Hospital in Kathmandu for further treatment. He died on August 17 while undergoing treatment. However, political parties and social organizations, including his family, have accused the medical college of negligence.

After Giri’s family took him to the hospital for a health check-up on August 11, it was revealed that he had a positive case of Covid-19.