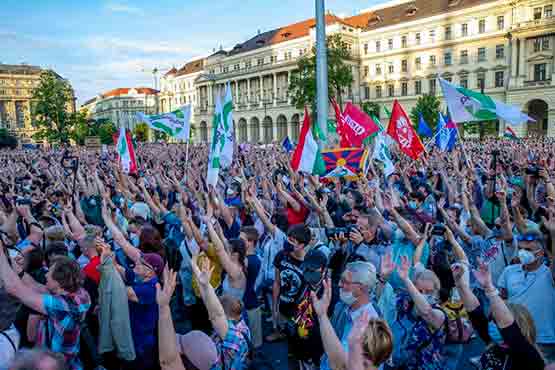 Budapest, Hungary: Thousands of people have protested against the construction of a satellite campus of a Chinese university in the Hungarian capital, Budapest.

Thousands rushed to the streets on Saturday to protest the government’s decision to build Shanghai’s Fudan University in their hometown.

The plan is likely to create more controversy in the future, with nearly 10,000 people entered to the streets to protest, despite government restrictions.

The campus planned to built-in Budapest will be the first physical presence of Fudan University in Europe. Chinese companies and workers will go to build a campus that will cost 1.5 billion US dollars.

According to the concept of ‘Student City’, the campus of a Chinese university is also being built. With elections looming next year, opponents of Prime Minister Viktor Orbán are taking the project seriously. Opposition parties have stated they will not run in the by-elections.

Polls have shown that many Hungarians are opposed to the project.

Earlier, city officials had changed the name of the street where the campus was being built in protest of the project.

Prime Minister Orbán is a reliable friend of the European Union and China.