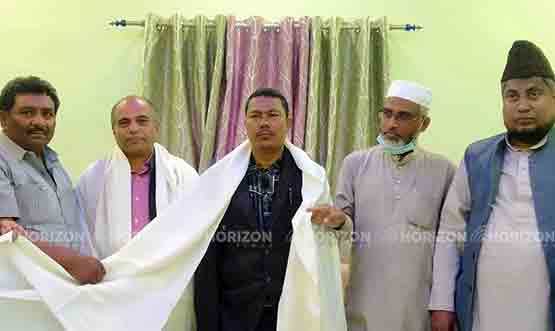 Madhes has a lot of potential for aggressive development: Former Minister Khanal, The Horizon Times, News of Nepal

Kapilvastu: Former Minister Chakrapani Khanal (Baldev) has said that the leadership of the Maoist center is needed for the overall development of Madhes. This was stated by Minister Khanal during a meeting and introductory program with party cadres at the residence of Maulana Mashhud Khan Nepali in Krishnanagar of Kapilvastu on Sunday.

Khanal, who is also a former agriculture minister, said that the Maoist center wanted to develop all parts of Madhes, adding that development in Madhes could not take off due to the leadership of some opportunists and capitalists. He alleged that some leaders had misled the people by giving false assurances saying that they would develop the Madhes.

Former Minister Khanal said that the Krishnanagar area has a lot of potential for development from the industrial and commercial point of view as Krishnanagar has a large customs checkpoint in the region. “It is a sad thing for the people here that development-loving, good leadership cannot win because of opportunists and capitalists,” he said.

Khanal said, “We want to see rapid development in the region, but now we need Maoist leadership for all-around development and change in the region.” Stating that no community can move forward without education, Khanal assured to take the backward and Muslim community into the mainstream of education and take initiative with the government for the establishment of Muslim Girls Educational University.

Meanwhile, Vice President of Lumbini Province Madrasa Board, Maulana Mashhud Khan Nepali briefed about the overall educational situation in the district. Stating that there has been a lot of educational reform in the madrasas now than before, he said that Maulana should be recognized as a government teacher for quality education starting from the physical infrastructure. At present, snacks, textbooks, and scholarships are also available for the students of the madrasa, said Vice President Khan Nepali. He requested Minister Khanal that the lack of building in some madrasas was creating problems in teaching.

CPN-Maoist Center Krishnanagar Municipal Chairman Javed Alam Khan said that the Maoist center was getting stronger. The Maoist center claimed victory in the upcoming elections with a majority. Continuing the party membership, the party is moving ahead with all the activities and activities of the party, said Khan.