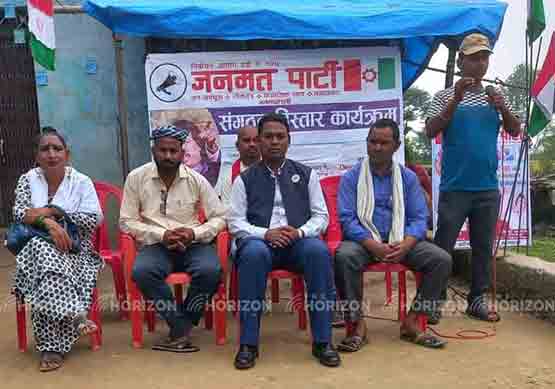 A 21-member tail committee has been formed in Palhinandan rural municipality ward no. 5 Germi to ensure the rights of the Madhesi people.

Speaking at an organization expansion program hosted by party central member Bal Govind Chaudhary, the chief guest Chaudhary said that the party would take every possible step for the unity of the Madhesi people and raise their voice at the Center.

A 21-member tail committee has been formed under the chairmanship of Ramesh Prasad Gupta. Among the guests on the occasion were Sarada Kumari Chaudhary, Jamir Mansuri, Akhilesh Tripathi, Krishnakant Chaudhary, and Gita Pandey. The program was chaired by Saehrab Dewanal.