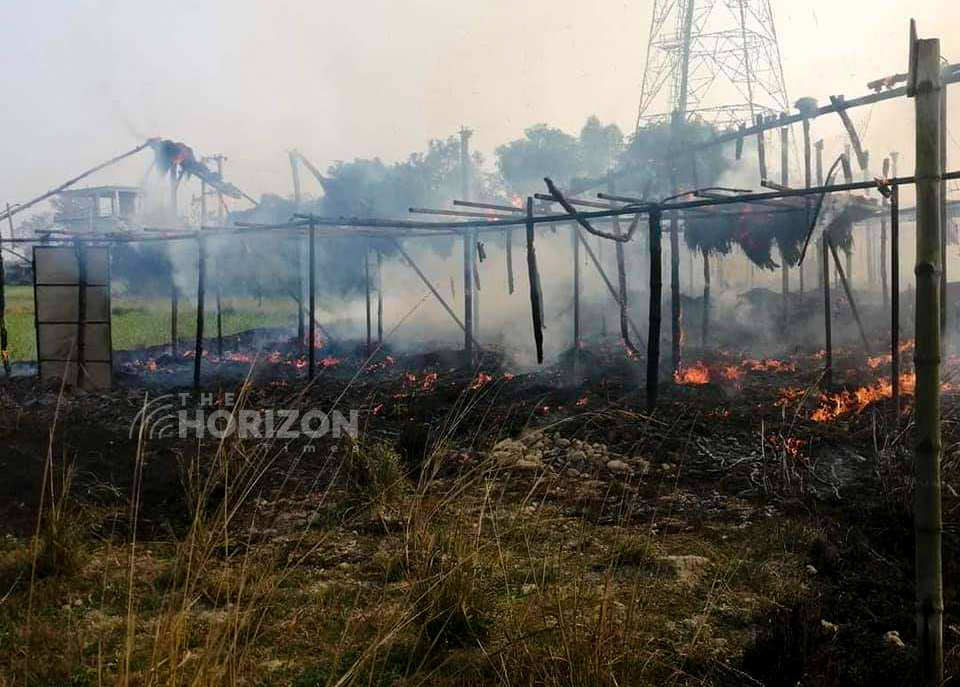 Kapilvastu, Nepal: A fire broke out at Shristi Mushroom Farm in Kapilvastu’s Shivaraj Municipality-5, Chandrauta on Saturday afternoon. The fire at the mushroom farm completely destroyed three tents of the farm.

Shyam Raj Subedi, Operator of the farm, said that 5,000 kg of mushrooms are burnt where they were ready to be picked. He said that the fire caused a loss of Rs. 3.3 million. Operator Subedi said, “We were working. There were children near the tent. Suddenly, a fire broke out. It was destroyed in half an hour. All the mushrooms were destroyed while the neighbors were fetching water.”

It is said that the fire was destroyed when the locals and police arrived. Operator himself is worried after the mushrooms ready for sale were destroyed. Police estimate that the fire may have started while the children were playing. Police Inspector Dipesh Kharel of Ward Police Office Chandrauta said that further investigation is underway into the incident.