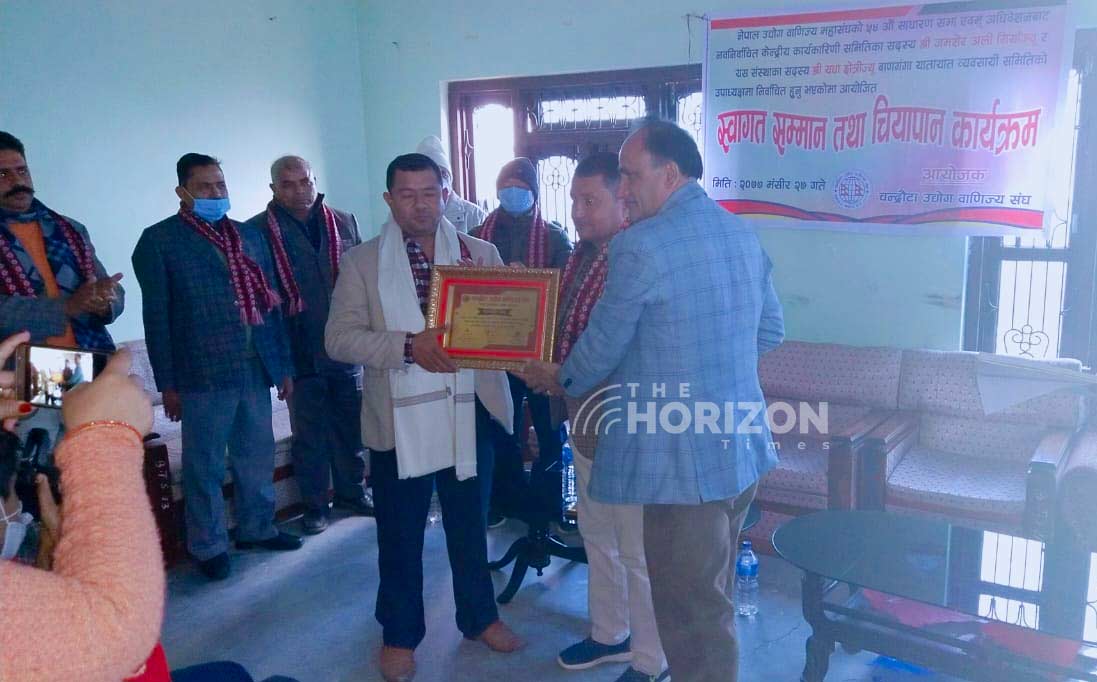 Addressing the program, Lumbini Province Assembly Member Arjun Kumar K.C. said that it is a matter of pride for the entrepreneurs to reach the central level in Chandrauta area. Stating that Chandrauta Krishnanagar area is being developed as an industrial corridor, he said that the government is now in favor of the industrialists. Stating that no one can stop the development as there are plans for the glory of the state in Shivraj region, Member K.C. also wished a successful tenure of Miya.

Expressing commitment to work continuously on behalf of the industrialists, Central Member Miya said that the government should relax the policy to operate industries in the mountainous areas. They demanded to keep the Ministry of Industry in Shivraj area, which is connected to the permanent capital of the state. Although the industrial sector has been affected due to Corona, it has been improving recently, said Member Miya.

Member Miya said that 10 industries are still being set up in Chandrauta of Kapilvastu. He informed that the convention will be held soon as the convention of Chandrauta Chamber of Commerce and Industry has started.

Google can suffer from Indian Developers