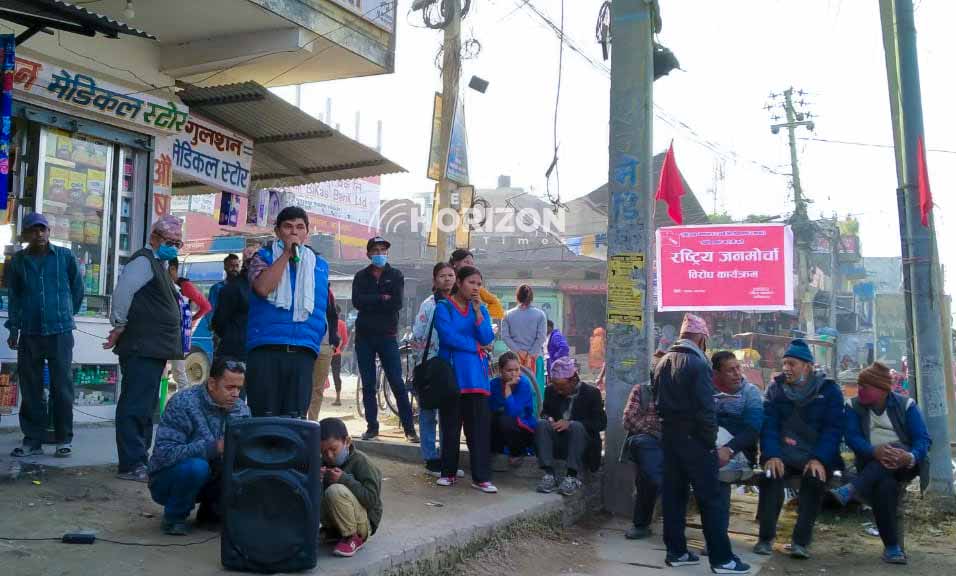 Opposition of National Janamorcha in Chandrauta

Meanwhile, Shiva Poudel, central vice-president of the All Nepal Farmers’ Association, said that federalism has been abolished. Stating that the prices have gone up in the country, he said that the republic is trapped in a situation where even the employees are finding it difficult to follow. Vice President Poudel said that due to the battle between Prachanda and Oli, the republicans got a chance to win. But the country and the people need a republic, not a monarchy, Poudel said, adding prosperity should be brought along with development in the country through reforms.

Most of the speakers at the protest program stressed on the need to take the lead by reforming the republic and not the monarchy. As the people have experienced monarchy for 250 years, it has been said that the country needs a republic as an alternative to multi-party system.