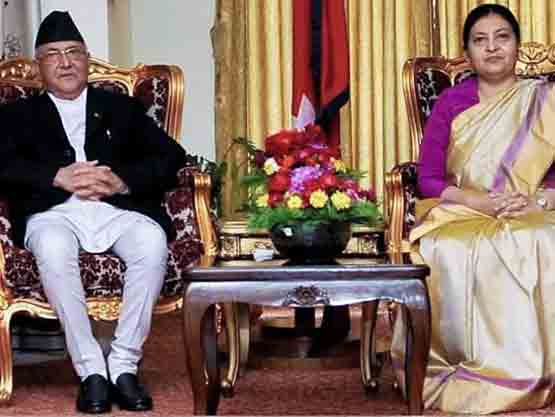 President Vidyadevi Bhandari is prepared to reassign Oli to the position of Prime Minister, Nepal

Kathmandu, Nepal: Based on the letter sent to Oli by UML and JSP, President Bidyadevi Bhandari has made preparations to appoint Oli as the Prime Minister in accordance with Article 76, Sub-Article 5.

However, the signatures of every MP from both parties have not been submitted.

Earlier, a letter was registered in the Parliament Secretariat stating that Mahato had been selected as the leader of the JSP’s parliamentary party. Its purpose is now open.

Nepali Congress President Sher Bahadur Deuba had submitted the demand of the Prime Minister with a letter of support from 149 MPs. However, Oli has already claimed that JSP has a lot of support for him.

Some UML lawmakers have reacted by saying that they have not signed Deuba to become the prime minister. This has also shocked Deuba.