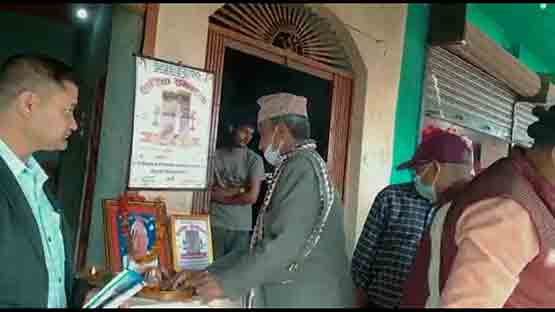 Sad and tribute meeting in memory of Late Poudel, The Horizon Times, News of Nepal

Nepal: A sad and tribute meeting has been held in Shivaraj Municipality-3, Kharendrapur of Kapilvastu. According to the organizers, the meeting was organized by the Communist Party of Nepal-UML Shivraj-3 ward committee on Saturday.

Addressing the gathering, Lumbini Province Assemblymember and CPN-UML Kapilvastu Deputy Secretary Arjun Kumar KC said that the death of the late Poudel had hurt the Party. Expressing heartfelt respect to the late Poudel, expressed deep condolences to the family. KC said that as it is a source of inspiration for discipline and loyalty, everyone should act accordingly.

Ward Chairman of Ward No. 3 Teklal Sapkota addressed the gathering on the occasion. Poudel reminded of the contribution made to society. Stating that the entire party was shocked, Sapkota said that his activism and activism in the social and political spheres has added energy to the new generation.

Late. Poudel died of a heart attack at the age of 58 on Sunday morning, March 3, 2078. He is survived by his wife, one son, and three sisters.