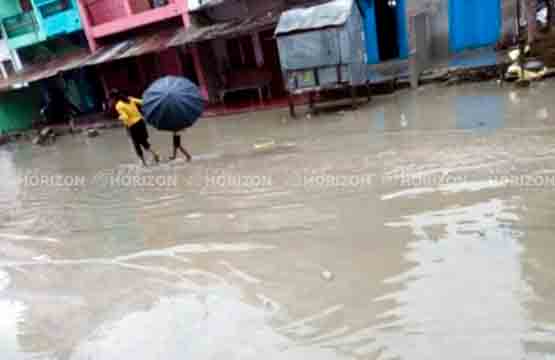 See the work of Krishnanagar municipality of Nepal, the city is inundated. Who is responsible for this?

It is said that the market area has been inundated due to a lack of a drainage systems.

Mayor Rajat Pratap Shah said that more than Rs. 10 Million has been issued for the management of the drainage system in the fiscal year 078/079.  He said that the municipality has not paid attention to the construction of the road in the first three years.

More than Rs 10 million has been allocated for the coming fiscal year, said Shah. “We’ve changed a lot now than in the past,” he said. Shah said that he was committed to solving all the problems gradually as they would not be solved all at once.

The plan to manage the drainage system from Shiv Bidi factory to Semara via Cinema Hall but the works are still not completed. The common people are facing huge problems.