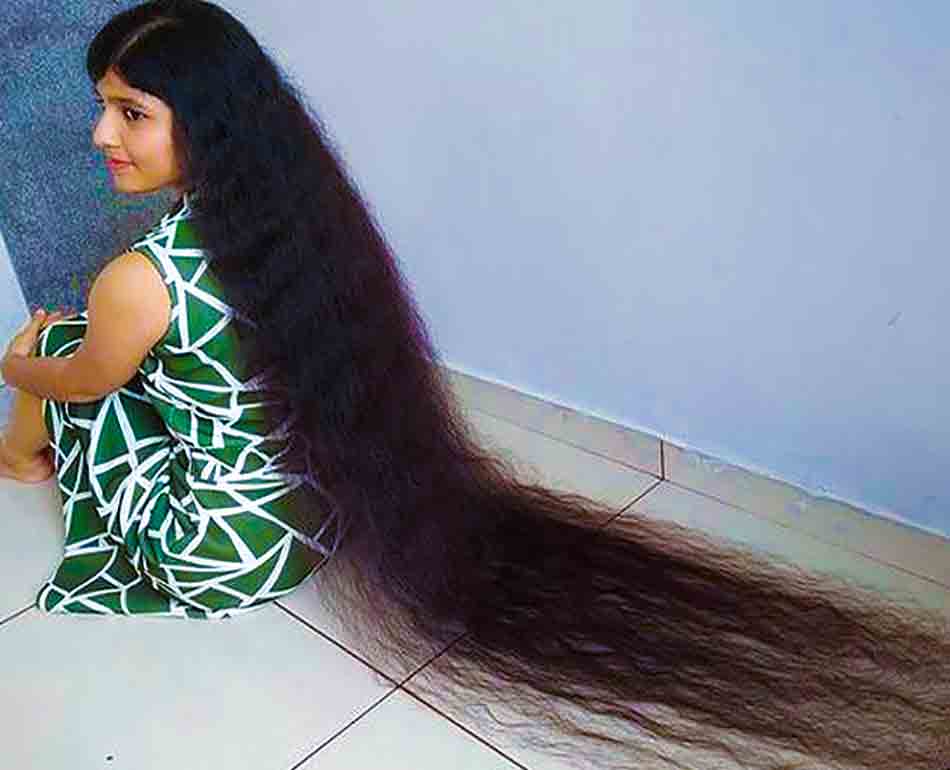 Ahmedabad, India: Nilanshi Patel of Gujarat, who 3 years ago set the Guinness World Record for the longest hair on a teenager, has trim her hair for the very first time in 12 years.

In July 2020, just before her 18th birthday, the girl had her hair measured for the last time. It had grown to 200 centimetres in length, reclaiming the legendary title of the longest hair ever on a teenager.

However, the teen, who has been labeled “Gujarat’s Rapunzel,” has decided to trim her long hair.

The caption reads, “Longest haired teen @nilanshipatel rapunzel has finally had a haircut.”

Nilanshi flaunted her long hair in the clip before sitting down for a trim.

“I’m both excited and anxious because I’m not sure how I’ll look with the new hairstyle. So, we’ll see what happens, but I’m hoping for the best “Just before her haircut, Nilanshi said in the video.

“My hair has provided me with a great deal. But now is the time to slash it. I’m going to miss you a lot, buddy “Nilanshi continues.

The 18-year-old teen kissed her beautiful hair before bidding them farewell and welcoming her new haircut in the last seconds of the clip.

After a bad hair salon experience, Nilanshi began growing her hair when she was six years old.

Nilanshi had three choices on what to do with her hair, according to the Guinness World Records press release: auctioning it off, donating it to a cancer charity, or donating it to a museum.

Her mother, Kaminiben, proposed she contribute her hair to the museum because her record-breaking storey was inspiring, and she vowed to contribute her own hair to people with cancer.

Here’s the link to the video: