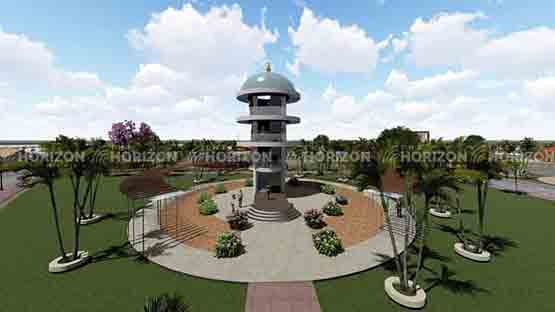 To entice tourists to Kapilvastu, Tharu museum, park, and lookout tower to be erected, Nepal

Kathmandu, Nepal: Nepal is a country full of natural beauty. The saying “common flower garden of four characters and thirty-six castes” is enough. Certainly, there are no communities in Nepal adorned with various arts, cultures and costumes. Mentioning the tourist destinations of foreign and local people, it is impossible to visit them for months.

Who wouldn’t want to build a structure that would make a beautiful profit at a time when there is a lot of speculation to make the area, including the local level, an artificial beauty?

Who wouldn’t want to earn a few bucks by attracting tourists?

Who can imagine that an employment environment will not be created in their own country?

It is natural for the storehouse of such questions to be open in the minds of every youth including me.

In this context, Buddhabhumi Municipality has allocated a budget this year with priority for the construction of Tharu Museum including beautification of Kapilvastu’s Buddhi Lake.

The municipality has stated that the lake in Budhabhumi Municipality Ward No. 4, Buddhi will be beautified and developed as a tourist destination.

Mayor Keshab Shrestha said that Buddhabhumi Municipality of Kapilvastu has given priority to the construction of Tharu Museum with proper management including beautification of the lake. Stating that the DPR has been prepared, he said that the Tharu Museum is also being constructed by developing the lake as a tourist area.

Shrestha said that the Tharu settlement is also dense in the city and there is a plan to move ahead with rapid development as a tourist area to keep the Tharu culture alive and explain its importance. Mayor Shrestha said, “A budget of around Rs 45 million has been allocated for this last year.”

Pawan Chaudhary, spokesperson of Buddhabhumi Municipality and Ward Chairman of Ward No. 4, said that there are plans to develop the district as a tourist destination by constructing structures like homestays, children’s park, resort, boat operation, and view tower.