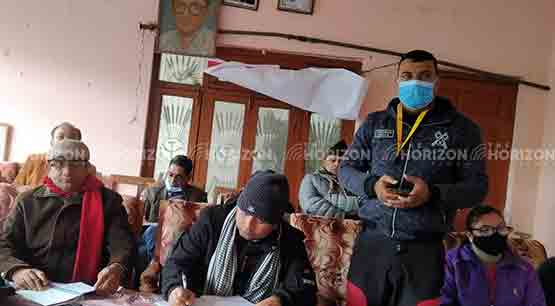 Nepal: CPN-UML central member Balram Adhikari has said that it is necessary to disseminate news in a uniform manner. He said this while addressing a program organized in Taulihawa of the district on Wednesday.

Stating that journalists are an integral part of the government, he said that the activities and activities of all political parties should be disseminated without any bias. UML officials in-charge of Kapilvastu district also urged not to disseminate news in a biased manner that would disrupt individualism and society. The official said that this would not be in the interest of the people and would have a negative impact on society.

The first meeting of the Press Chautari Nepal Kapilvastu branch had also reviewed the 7th convention of Chautari held in Chandrauta last December. Speaking on the occasion, he said that journalists should attend the programs of all political parties and claimed that the CPN (Maoist) would be the first in the local elections to be held on April 12. He said that the court had formed a paramilitary government by violating the policies, rules, laws, and constitution which were not available in the world. Officials insisted that the coalition government had never acted in the best interests of the people.

Meanwhile, the newly elected working committee has been appointed as coordinator in various municipalities. According to the report, Kul Raj Bhusal in Banganga, Serif KC in Buddhabhumi, Gita Paudel in Shivraj, Baburam Raimajhi in Maharajgunj, Pashupati Giri in Kapilvastu, Ghanshyam Bhar in Vijayanagar, Sanjeev Gahatraj in Krishnanagar, Basudev Burma in Yashodhara and Prabhunath Gupta in Mayadevi have been given the responsibility. .