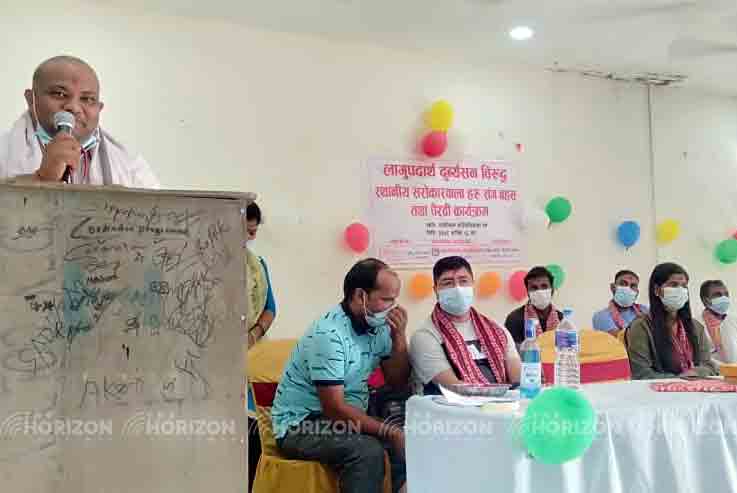 Why education in society: Chairman Gupta, The Horizon Times, News of Nepal

A debate and advocacy program against drug abuse was held with local stakeholders under the chairmanship of Renu Yadav, Vice President of the Network, and Baiju Prasad Gupta (Dipak), Chairman of Palhinandan Rural Municipality and Manoj Lamichhane, Regional Chief of ABC Nepal.
Speaking on the occasion, Chief Guest Gupta said that education was needed for the development of the community. Stating that education develops the leadership of every person and identifies successful and good citizens, she said that education is very much needed to change society and reduce the problem of drugs.

She said that she would always remember the work and contribution being made for the development and reduction of drug-related problems and would support the happiness and sorrows of all the adolescents in the municipality. She also thanked ABC Nepal for its support for the development of the municipality and for building a bright future for the adolescents through the Savad Kendra and the network.

Speaking on the occasion, special guest Lamichhane said that drug abuse was increasing the physical health of the people as well as weakening their economic condition. He said that it was a legal crime to allow the use of drugs, adding that the drugs had ruined the education of the society and the future of the children. He also said that ABC Nepal would always support him to solve such problems in society.

On the occasion, a letter of appreciation was handed over in appreciation of the support rendered by the rural municipality and the contribution made by the entire team of ABC Nepal along with the adolescents. The program was conducted by Kishor Pushpa Chaudhary.