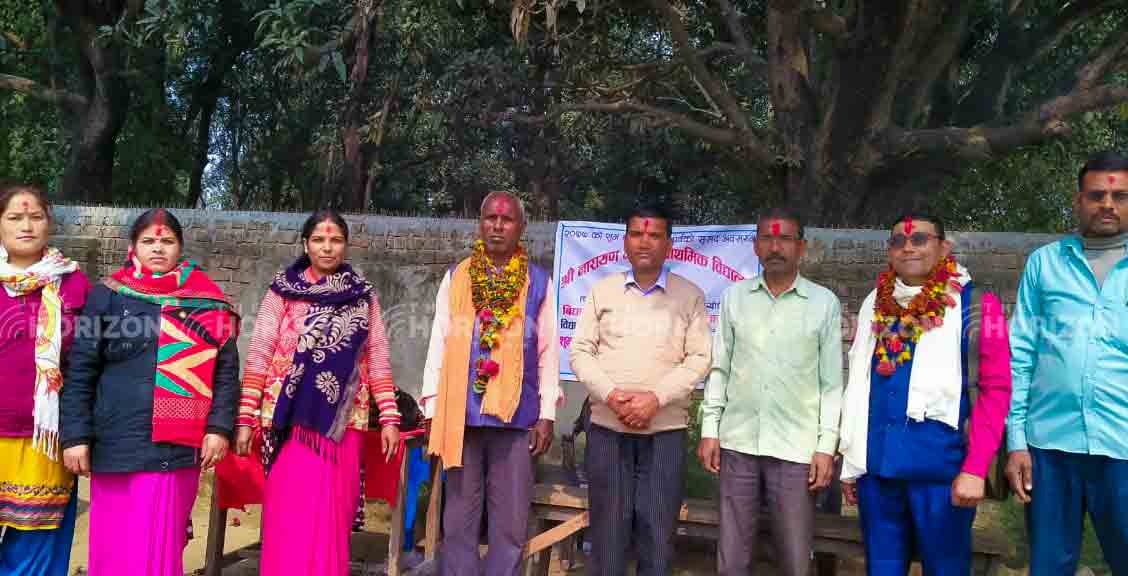 Contributors are honored at Primary School

Shivraj, Kapilvastu: Donors have been honored in a program organized on the occasion of Saraswati Puja at Narayan Gopal Primary School.

The school, located in Jumli, Shivraj Municipality-7 of the district, has been honored for its contribution in development.

According to Prabhu Bharti, the principal of the school, Ram Gopal Chaudhary and Narayan Chaudhary have been honored with letters of appreciation for donating land to the school.

Meanwhile, Shivraj-7 Chairman Anup Kumar Chaudhary said that some children in the Madhesi community do not have access to education and urged parents to bring their children to school.

Stating that education is the only way to change the face of the society, he stressed on the need to make the future of the children brighter by giving parents attachment to education.

Donors who have helped in the production of thousands of students by donating their invaluable assets to raise the standard of the school will always be immortal and deserve to be thanked, said Chairman Chaudhary.

Bhusal, who left the school at the same time, said that he was compelled to leave the school.

He said, “I am going to a place that suits me. I wish all the students a bright future.” Former teacher Jyotilal Bhusal informed that the departed teacher was also honored with the symbol appreciation and love.