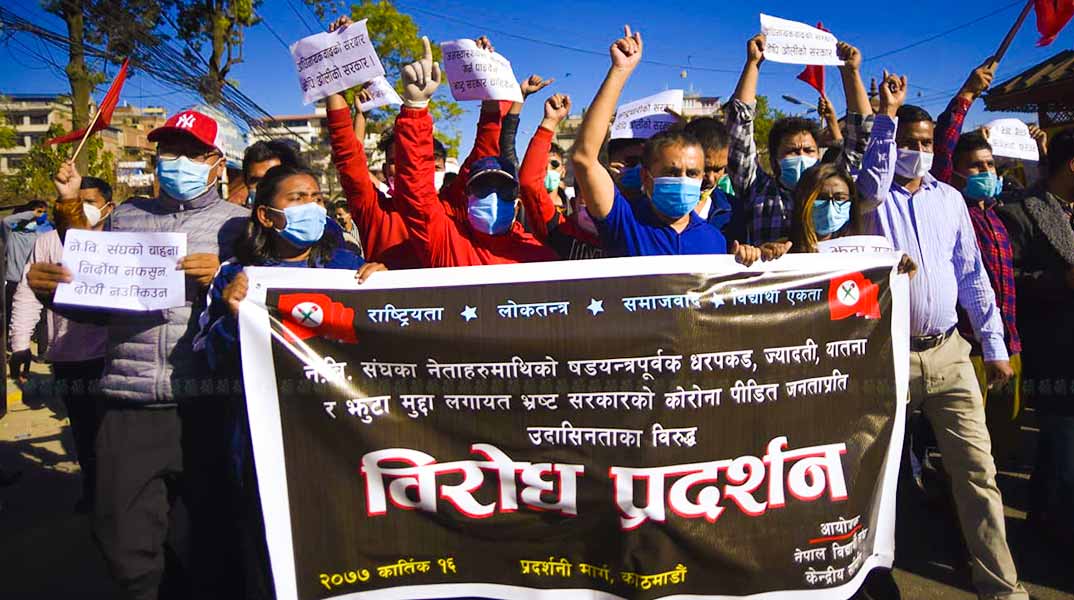 Demonstration of Nepal Student Union in Kathmandu against the government

Dressed in false police report issues and views against the government has failed to facilitate the corona positive patients. Nepal Student Union staged a demonstration with slogans on the way to the exhibition.

Nepal Student Union has carried placards saying, “The government of K.P Oli, the leader of dictatorship”, is not allowed to play games on public health, we do not need a corrupt government.”

Nepal Student Union General Secretary Deepak Bhattarai said that they had to take to the streets to protest against the government’s withdrawal from the treatment of Corona infected.

Police had arrested some Nepali Union cadres on the charge of being involved in the attack on Tribhuwan University Associate Professor Prem Chalaune.

The union has been claiming that the organization had no hand in the act.

Bhattarai also stated, “Our leaders and cadres have been harassed by the police administration on false charges,”.