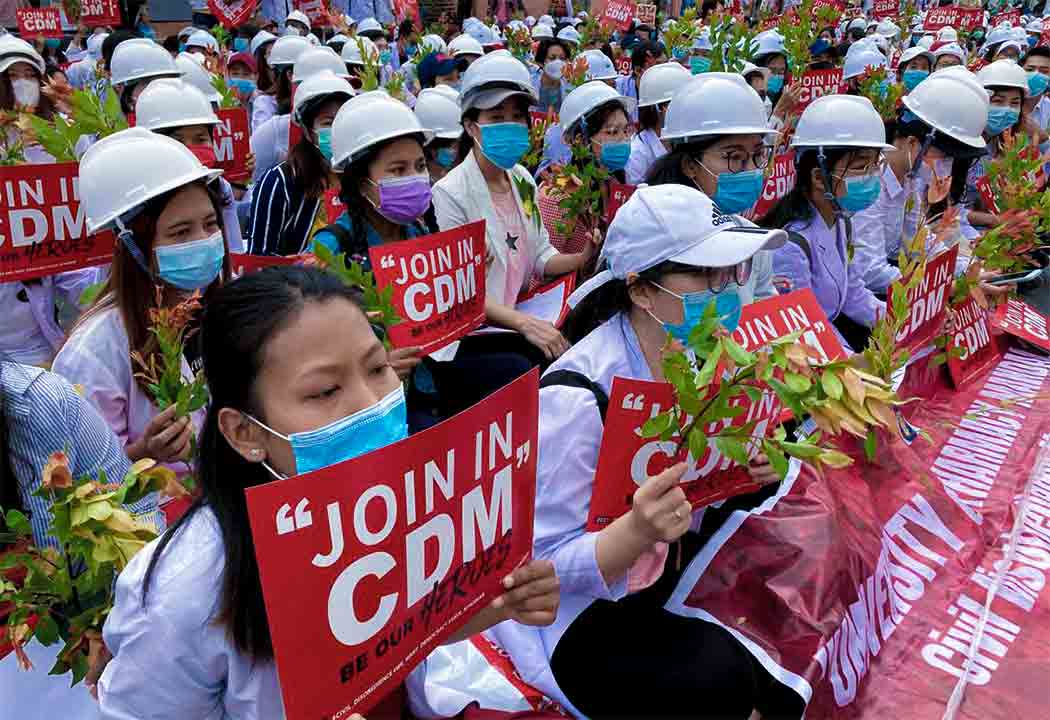 Hard strike in Myanmar against the military coup

Myanmar: Protesters in Myanmar have called for a nationwide general strike to protest against the military coup.

This strike is against the military when two protestors were shot dead by police force. Hence to make the movement more strong strike is held on.

New elections are held within a year by mobilizing security personnel across the streets, the Junta government has not been able to reassure the people. Demonstrations have been going on for two weeks in Myanmar. According to the army three protesters have been killed including one policeman.

During today’s general strike, the protesters have called on the citizens to stop work and participate in the demonstration.

After the protesters called for a strike, the state broadcaster MRTV warned that the cost of the strike could be high.

In Myanmar, some government and private sector employees have already quit their jobs and started disobeying citizens.

A statement broadcast on MRTV said, “Protesters are inciting young people to clash, which could lead to many deaths,”

Myanmar’s foreign ministry said in a statement that officials were still exercising restraint. Some Western countries about recent political developments in Myanmar have interference in internal affairs of Myanmar according to the foreign ministry.

Countries, including the United States, have protested against the February 1 military coup in Myanmar. US President Joe Biden has signed an executive order banning military officials involved in the coup.