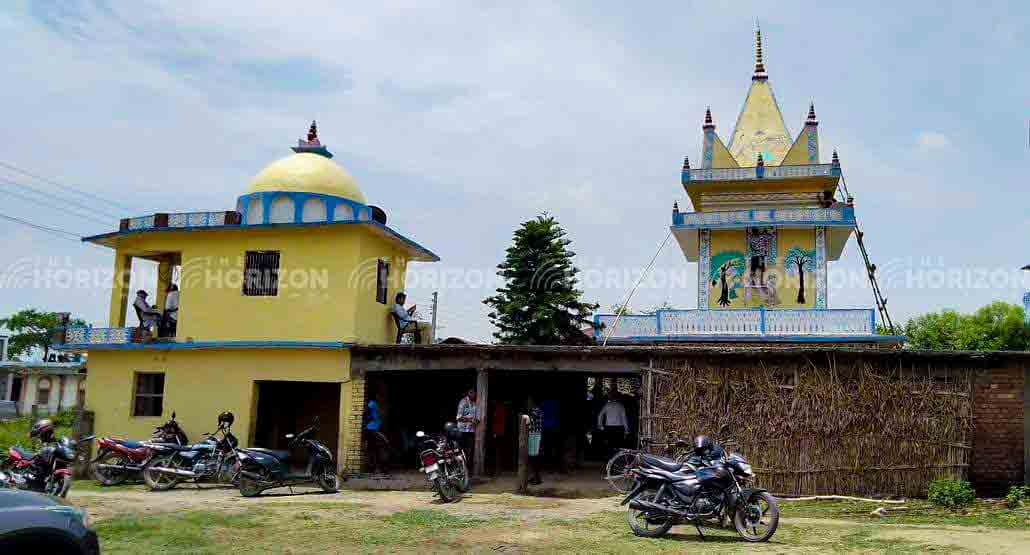 Monastery land is being protected in Siyari

Butwal, Nepal: The Siyari Rural municipality of Rupandehi has started protection of public and Guthi lands. The municipality has also appealed to the community after some land mafia manipulated the land in the name of Ramjanki Monastery in Siyari Rural Municipality-3, Bhaisakhadar, which is a historical and old Monastery with the cooperation of the community. According to the locals, the land is considered as a temple area with a history of about 200 years old.

It is said that there is about 60 bighas of land in the name of Monastery and temple in the ward alone. The municipality has started appealing to the community leaders after the local government got a tip-off about the involvement of Rabindranath Vaishnav (Jha), the chief custodian of the temple. He also has a house in Madhavpur, Bihar, Uttar Pradesh, India.

Ayodhya Tharu, chairperson of the village municipality, said that the municipality has collected his citizenship, Aadhaar card, voter list and citizenship certificate taken in Nepal as evidence.

The municipality had exercised its right to stop Vaishnav (Jha) from committing illegal acts in the name of land conservation, even on lease. The protection started by the municipality, the local leaders demanded that the land should be properly utilized and developed as a legal source of income for the municipality.

The municipality has allowed the poor of the village to cultivate one bigha by submitting NRs. 18,000 annually to the temple management committee. About 28 bighas of land has been leased annually by the impoverished community. Some of the land is being cultivated while some have similar movable property.

Siyari Rural Municipality chairman Tharu said that the land of the monastery will be secured and the Ramjanki temple, which carries land protection and history, will be protected.

The locals are also angry that the temple could not be developed.” They informed that the land of temples and monasteries would be protected and developed as per the laws and regulations of the state.

Converting to area of religious tourism

Rural Municipality Vice-Chairperson Amrita Gurung said that the Ramjanki temple in Vaisakhadar could be developed as a tourist destination by connecting it with Lumbini. She said that budget has been allocated for the development of the temple so that the necessary physical infrastructure of the temple will be developed.

Local Somai Tharu said that they have been demanding for the protection of the land, investment of the temple’s income in the development of the temple, keeping the accounts in a transparent manner and allowing all locals and other devotees to worship.

The 11-member temple protection committee has been formed under the coordination of Ward-3 Chairman Ghisan Ahir for land conservation. According to Ahir, a special plan will be formulated for the protection, promotion and operation of all the properties of the monastery and temple.

Brihaspati Tharu as Vice-President, secretary Suresh Yadav and members Tribhavani Tharu, Baliram Yadav, Rajendra Yadav, Roshan Prasad Chaudhary, Manju Tharu, Mahatan Yadav and Shiva Kumar Tharu are the members of the committee. Locals allege that the chief patron, Vaishnav (Jha), has cut and sold the timber of the temple land, which has not been accounted so far, and allowed fish farming on the temple land, and extorted money from the villagers.