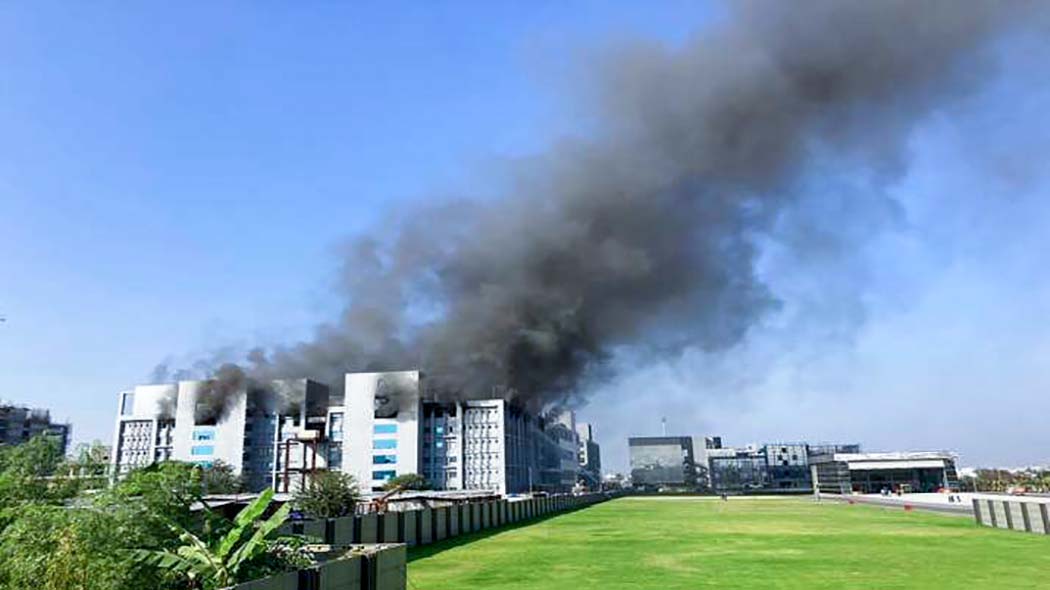 Serum Institue of Inida (SII) has been caught by terrible fire which has destroyed the 3 floors. The floors were recently constructed. The building is 6 storey. It is the same Institute which has developed the Covid-19 vaccine.

According to Adar Poonawalla CEO of SII, loads of damage has been seen due to the giant fire.

CEO Poonawala said Covishield is not affected by the giant fire. The Serum against Covid-19 is being manufactured by Serum Institute of India (SII).

Poonawala has revealed that Covidshield is safe and it won’t stop the vaccine production, as there are multiple production zone.

Poonawala expressed heart felt condolences those who lose their life in the giant fire. According to source 5 people have been found dead.

The death people were doing wielding and Air condition work. The 2 were locals, 2 from Uttar Pradesh and 1 from Bihar.

21-year-old Avinash Saroj said he saved himself by jumping from window when he saw the fire but unfortunately Bipin Saroj among the dead people couldn’t save himself.

Both Bipin Saroj and Avinash Saroj were sibling.