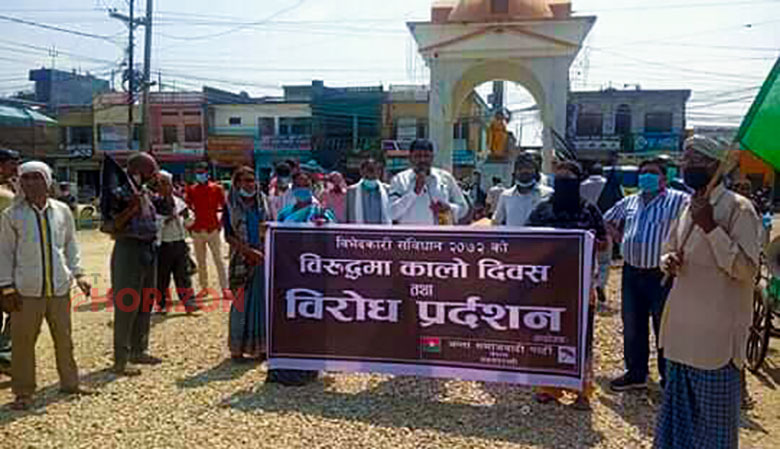 Protest against the constitution, Nepal

Leaders and cadres affiliated to the party have protested against the constitution in the district headquarters Parasi, Nepal. The protest rally was held at Parasi Haat Bazaar.

Leaders and cadres participating in the rally expressed their indignation over the failure to include the issues of Madhesi, Aadivashi Janajati, Dalit, Women, Muslims and other oppressed communities in the constitution.

He said that the current constitution would not be fully acceptable if the demands of the oppressed people were not addressed through amendments. After the market procession, a corner meeting was organized at Buddha Chowk, Parasi.

Read more about the natural beauty of Nepal from here.