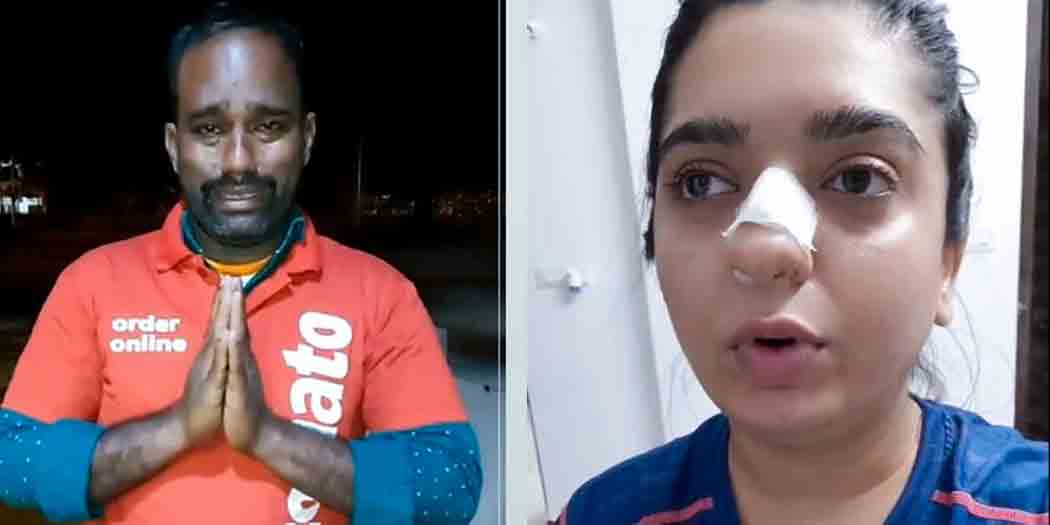 Karnataka, India: Hitesha Chandranee, an Instagram influencer who had alleged Zomato delivery executive Kamaraj of assaulting her, left Bengaluru on Wednesday, a day after a FIR was filed against her.

Following Kamaraj’s counter-complaint, cops called Chandranee and asked her to come in for investigation. “Let the reality prevail,” the Zomato food delivery executive said in response to claims raised against him.

The police said they summoned the Bengaluru-based female to present before the investigator for investigation, but she said she had fled the region and was staying with her aunt in Maharashtra, according to the source.

She has been registered under section 504 (insult),  355 (assault), and 506 (criminal intimidation) of the Constitution Of India after making a petition.

“If she fails to appear before police, we will detain her,” the police said, adding that they have granted her time to make her complaint once she returns.