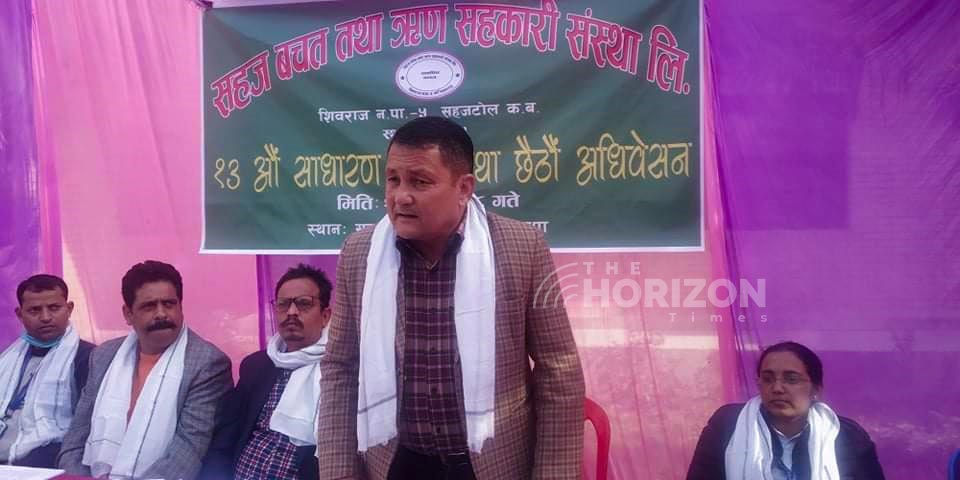 He said that the province government is always ready to make the country prosperous by giving priority to agriculture. Stating that there should be prosperity in the agricultural sector for development, member KC said that the cooperatives need to make a radical change in agriculture. He expressed commitment to provide government subsidy to the working farmers. He said that a prosperous Nepal can be created only if every cooperative in the district develops in the field of employment and production as the cooperatives only deal in savings and loans.

He also suggested not only increase the number of members but also investing in the social sector.

In addition to providing easy loans to the members who want to work in the agricultural sector and increasing the number of share members in the cooperatives, it is necessary to increase the capital and invest in the social and productive sectors. Cooperatives have been mentioned Nrs. Of 34 Million, 79 thousand 9 hundred and 44  in the report. On the occasion, President of Trade Association Kapilvastu Mahadev Pokhrel, Tuk Prasad Aryal and others expressed their best wishes.

Meanwhile, 9 working committees have been formed from the 6th convention of the cooperative at Shivaraj-5 Chandrauta held on Sunday. Lilamani Poudel is the chairperson, Anita Gaire is the vice chairperson, Sita Budhathoki is the secretary, Prem Kumari Kandel is the joint secretary, Rama Belbase is the treasurer and Chitrakala Balami is the member. Similarly, Laxmi Aryal Sharma, coordinator of the Accounts Committee and other elected officials will nominate the Board of Directors and Supervision.