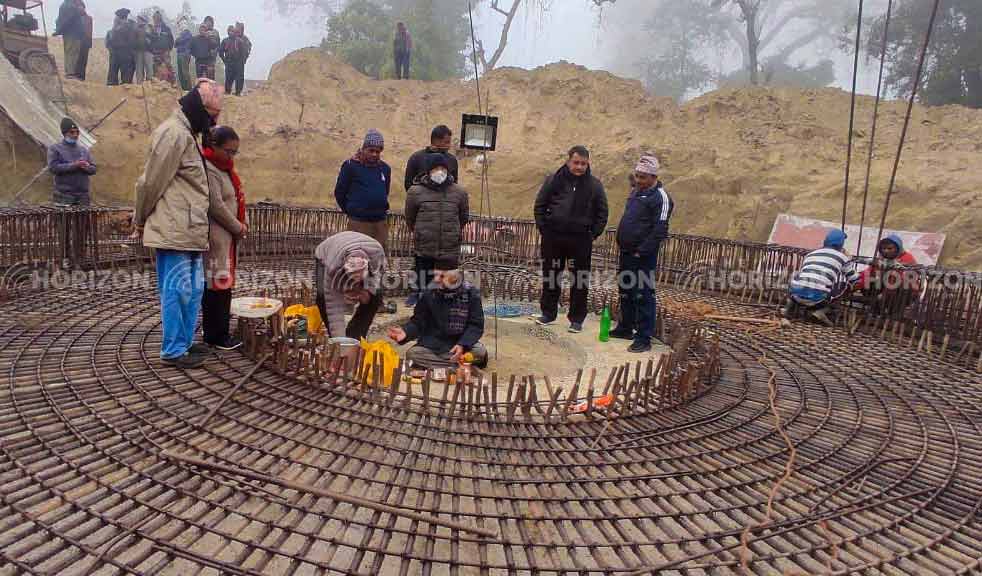 Shivraj, Kapilvastu, Nepal: A foundation stone of drinking water overhead tank has been laid in Shivpur of Kapilvastu on Tuesday.

Addressing the groundbreaking ceremony, Shivraj Municipality Chief Netra Raj Adhikari said that the construction for Shivpur village is being carried out by the state government as it is the responsibility of the government to provide clean drinking water to every citizen.

Speaking on the occasion, Lumbini State Assembly member Arjun Kumar K.C said that the water that needs to be purified for building a healthy society can be used for drinking. K.C also expressed confidence that all the citizens of Shivaraj Municipality will get pure drinking water as there are only 4 drinking water schemes in the municipality.

He said that the locals should support the consumer committee till the construction of the water tank.

Dhundiraj Adhikari, chairman of the Consumers’ Committee, said that the cooperation of local consumers will be indispensable in the expansion of the pipeline as the work of widening the pipeline will be done along with the construction of overhead.

The official expressed determination that the work of the project would be smooth. Under the project, work will be done to extend 78 kilometers of the pipeline, said Chairman Adhikari.

Tilak Neupane, a technician at the Drinking Water Sanitation Sub-Division, said that the tank is being constructed at a cost of NRs 14.38 million.

The total cost of drinking water in Shivpur is around NRs 160 million excluding VAT.