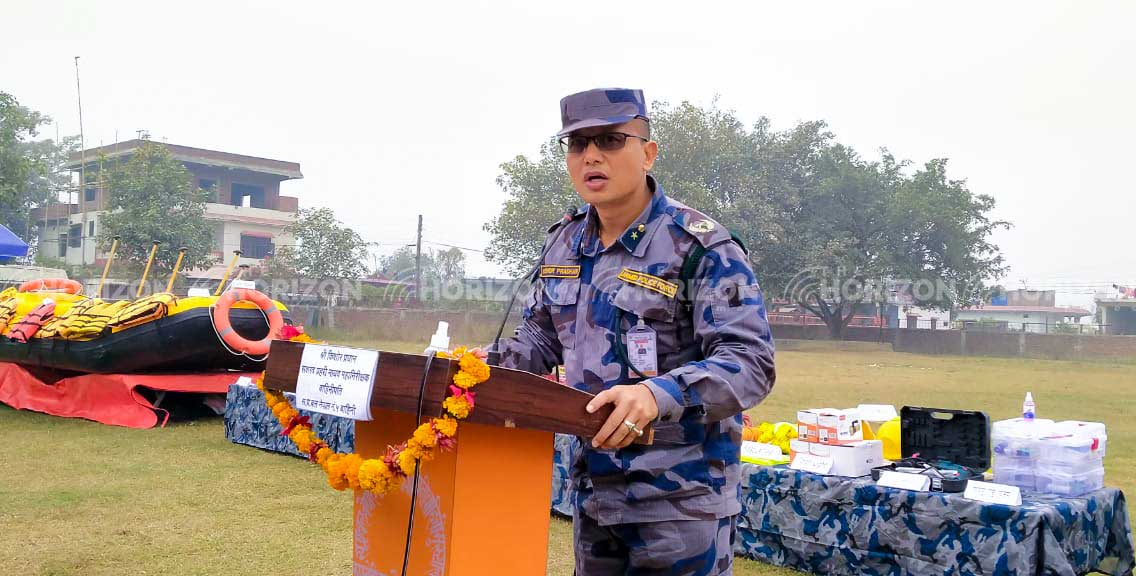 This was stated by Inspector General Pradhan at a massive public awareness program organized at Shivaraj-5, Chandrauta on Friday.

On the occasion of the 23rd Earthquake Safety Day, Armed Police Force Nepal No. 5 Addressing a public awareness program organized by the 5th Bindyabasini Bahini Headquarters, Chandrauta, DIG Pradhan informed that the Armed Police Force has formed a disaster management group in each district. Stating that it has been dedicated to the service of the people in the face of calamities and disasters since its inception.

Inspector General Pradhan said that the main task of the Armed Police Force is to mobilize the armed police in disasters.

Speaking on the occasion, Lumbini State Assembly member Arjun Kumar K.C lauded the role of the Armed Police Force in the rescue operation.

He also said that the Armed Police Force has managed to save the lives of many Nepalis in disasters such as earthquakes, floods and landslides.

Similarly, Netra Raj Adhikari, Mayor of Shivaraj Municipality, said that the general public should be aware of the disaster. The mayor also said that it is important for everyone to know how to avoid disasters.