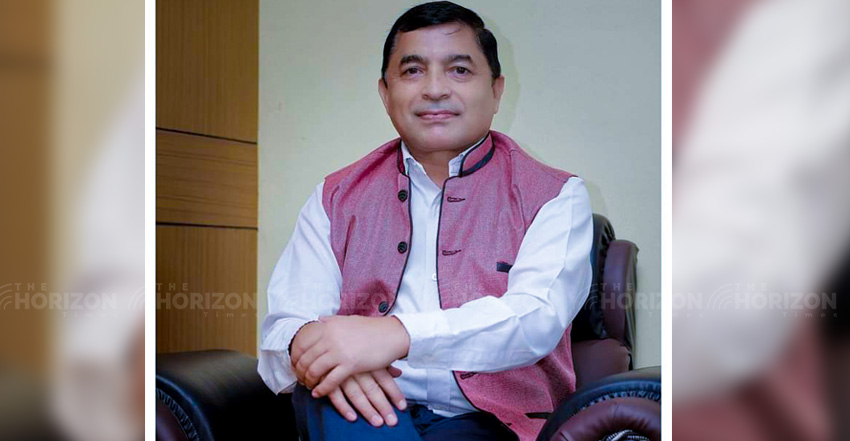 Poverty can be classified as absolute and relative. Absolute poverty is the inability to meet even basic needs. The poverty line income level is used to measure absolute poverty.

For example, according to global norms, the absolute poor are those whose income is less than $ 1.25 per day. Based on this, the poverty rate in Nepal is 28.6 percent.

Poverty is the state of economic, social, humanitarian, educational backwardness, deprivation of resources and opportunities and lack of access. Poverty spreads because of poverty. Poverty hinders the utilization of the country’s disproportionate population for the proper mobilization of the country’s natural resources. At present, the population living below the absolute poverty line in Nepal is 18.7 percent.

Population living in multidimensional poverty: 28.6 percent. Poverty is a major factor in the lack of economic growth and development. Poverty has led to some of the world’s largest socio-political movements. Thus, in developed and developing countries, the problem of poverty is both consequential and qualitative.

Absolute poverty makes it difficult to meet the basic necessities of life due to less than the prescribed income. Absolute poverty also illustrates the state of not meeting the basic necessities of life. Relative poverty refers to a relatively weak standard of living in a society or geographical area. Relative poverty depicts a person’s economic and social condition in comparison to other people.

If these problems can be solved, poverty will reduce itself.

It seeks to improve and empower the living conditions and livelihoods of the rural poor. Various programs have also been launched to alleviate poverty.

Due to the lack of creativity in the programs, constant repetition of weaknesses, and policy ambiguity, these programs have also come under question. The government has set up the Ministry of Poverty Alleviation to make the poverty alleviation program more coordinated and effective.

The ministry has intensified the work of identifying the poor across the country and distributing identity cards to them. Distribution of poverty identification cards has been completed in more than 25 districts.

It is necessary to adjust, manage and change the structure of poor targeted programs of the same nature that have been started in different contexts in the past. The Constitution of Nepal 2072 B.S has included poverty alleviation within the purview of all three levels of government.

The Sustainable Development Goals are pushing national governments to commit to making the world a healthy, well-educated, safe, well-governed, and civilized society by 2030. The United Nations has called that situation ‘The World We Want’ and all countries, including Nepal, are formulating and implementing programs, policies and plans in the campaign to achieve the world we want.

The current 15th Plan aims to achieve the goal of sustainable development by freeing all citizens from absolute and multidimensional poverty by 2087 BS with a long-term vision. Population living below the poverty line .

The long-term goal is to reduce it to 0 percent by 2100. The current periodical plan has been prepared as a base plan to achieve long term thinking of prosperous Nepal, happy Nepali.

Every periodic plan aims to reduce poverty in one way or another. But there are many reasons and problems for the failure to reduce poverty. Having a centralized and unitary state system, lack of timely poverty alleviation policy by identifying the causes of poverty in Nepal, lack of real poverty identification, distribution oriented rather than poor targeted program capacity building, Lack of coordination between poverty alleviation programs, lack of simple and easy access to basic services of the state, lack of proportional and adequate development of infrastructures, lack of sustainable agricultural system and modernization and commercialization of agriculture sector, programs emphasizing productive and capacity building programs.

All these are neglected not being practical.

The reasons for the failure to reduce poverty in Nepal, such as the inability to reform the economy by changing traditional technology and procedures, are highest cause of poverty scaling.

It is challenging to identify the real poor in the country and run targeted programs to raise their living standards. The national goal of poverty alleviation can be achieved only by making the current poverty alleviation program effective, which is the basis for fulfilling the national resolution of ‘Prosperous Nepal, Happy Nepali’. Poverty is an economic and social problem.

This cannot be reduced to zero immediately. But it can be brought to a gradually declining rate by preventing it from going up from the current situation. As the pace of economic development increases, so will development and prosperity. It will also improve the income of the people. Only then will it be easy to reduce poverty.

For this, positive steps should be taken by the federation, state, local level, all individuals, society, community, social engineer, nation and international arena. It is believed that poverty can be reduced with the support and commitment of all.

Maghi Festival to be held in spite of Covid-19 in Kapilvastu, Nepal