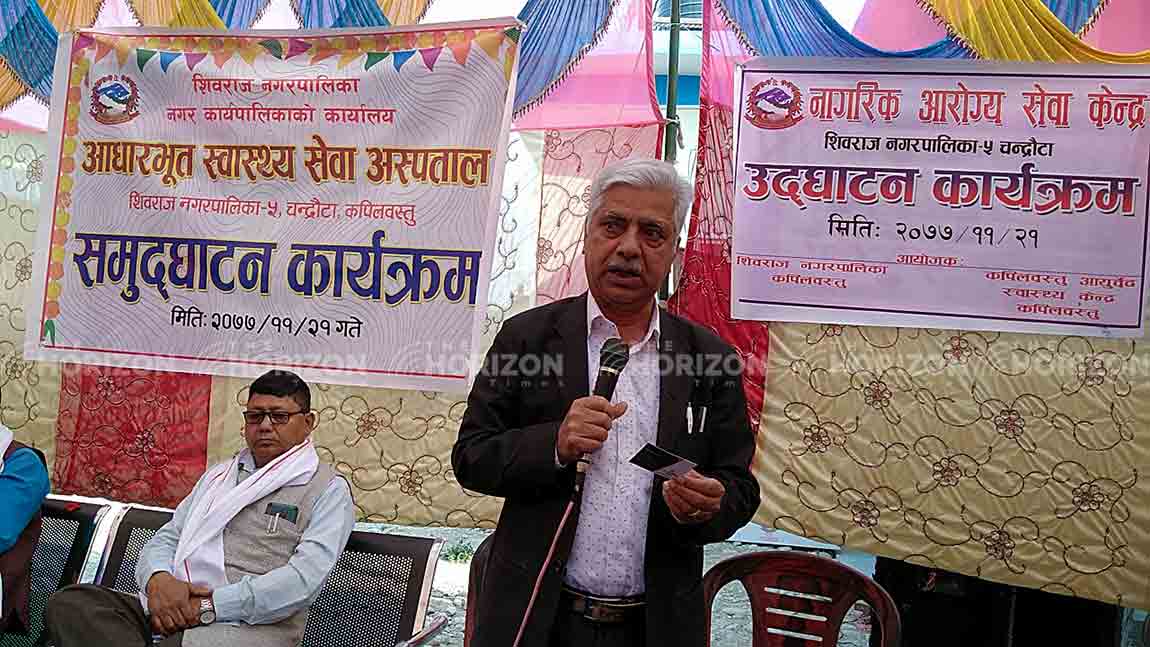 Kapilvastu, Nepal: Two hospitals have been inaugurated simultaneously in Kapilvastu’s Shivaraj Municipality-5, Chandrauta. The center, which has been used as an isolation center on Corona carnage, was renovated and inaugurated on Friday as a Fundamental Health Care Hospital and a Civic Health Care Center.

Inaugurating the hospital, Lumbini Province Assembly member Arjun Kumar K.C said that the hospital has been constructed to provide access to health services to the citizens of the region.

Stating that the people around Kapilvastu have no need to travel far to get health care and expressed confidence that the locals would get basic health care hospital services.

The hospital will be built with the help of the Lumbini province government.

As both the hospitals are in the same place, skilled doctors have been provided to provide services to the citizens, said the mayor. Nepali Congress Municipal President Madhu Pokhral said that all the basic health services would be provided by the Shivraj Municipality.

Mahadev Pokhrel, coordinator of the Basic Health Services Construction Committee in Shivaraj, said that the city has succeeded in constructing basic health services due to the initiative and cooperation of all.

The basic health care hospital constructed at a cost of over NRs 7.6 million in the area of ​​Nalkup in Chandrauta of Shivaraj Municipality and the emergency health service at the Citizen Health Service Center are being prepared for 24-hour operation.

The people of the area were happy after the opening of the hospital. The inauguration ceremony was presided over by Arjun Bahadur K.C, Ward President of Shivraj Municipality Ward No. 5. Shivraj municipality Chief Netraraj Adhikari, Deputy chief Shiv Kumari Chaudhary, several Ward chair-persons, members of municipality were present on the day.