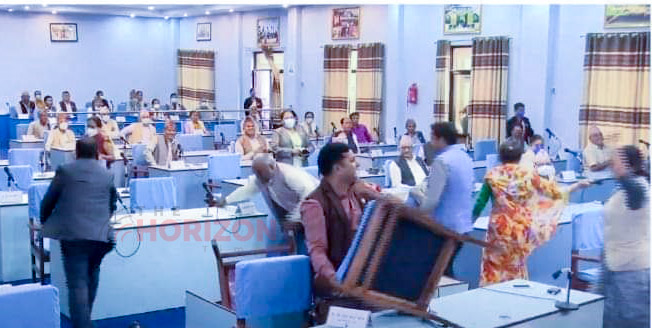 A few days ago, there were agitations in various places on the issue of the capital formation and violence was also being publicized.

Considering the current situation, the state government has finalized the issue of capital. Deukhuri of Dang will be the permanent capital of Province No. 5.

In the state assembly polls held on Tuesday, 69 votes were cast in favor of keeping Deukhuri as the capital while 13 votes were against it. Opposition party Nepali Congress has voted in the opposition. 6 out of 19 members of the Nepali Congress have voted for Dang. The CPN (Communist Party Nepal)) has 61 MPs in the state assembly. Out of the total 87 MPs, 82 had participated in the polls.