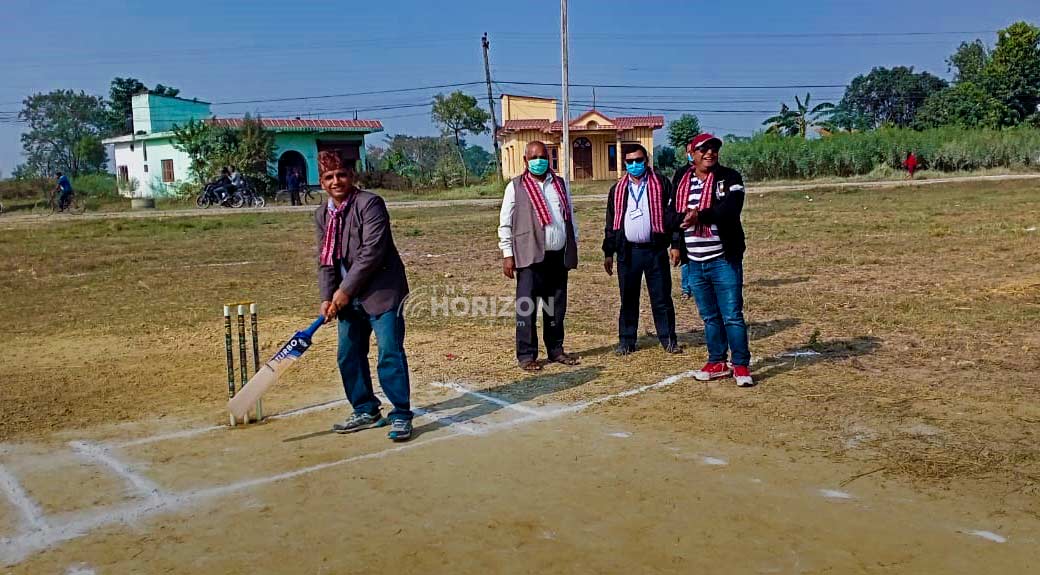 Bhetghat Charpate Club, which won the toss in Chiliya playground and elected to bat, scored 200 runs for the loss of 7 wickets in 16 overs. Santosh Tirpathi, who scored the highest 110 runs, became the man of the match in today’s match.

According to the organizers, tomorrow the game will be played between Rhinos Club Siyari 1 and New Dhruvatara Club Siyari 6.

The winning team will receive NRs. 15 thousand and standing second position will get Nrs. 10 thousand. 12 teams of rural municipalities are participating in the competition.

The ward level Siyari cricket cup tournament is being held in Siyari 5 Chilhiya on Sunday with the support of Siyari rural municipality and the organization of Dhruvatara Peace Club.

Ward Chairman Thamman Bahadur Poudel said that sports materials would be provided to attract the players towards sports. He said that the required amount will be provided for the ongoing games as well.

Chief Administrative Officer of the village, Min Prasad Bhattarai, said that sports would be promoted in the rural municipality.

The program was chaired by Shashidhar Bhusal, President of Dhruvatara Peace Club. Founder member Prem Pokheral spoke about the program. Chandra Kant Bashyal of the club welcomed the participants and Santosh Kumar Basnet conducted the program.